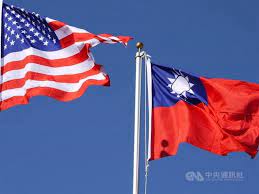 The United States and Taiwan have launched a programme aimed at enhancing the economic prospects of women in four Pacific island nations — Palau, Nauru, Tuvalu and the Marshall Islands — which have diplomatic ties with Taiwan, the U.S Department of State announced on Friday.

According to a statement, the State Department and Taiwan have teamed up with the Grameen Foundation to launch the Building Economic Inclusion via the Blue Economy (BELUU) programme under the auspices of the American Institute in Taiwan (AIT) and the Taipei Economic and Cultural Representation Office (TECRO) in the U.S.

The AIT functions as the U.S’ de facto embassy in Taiwan in the absence of diplomatic ties, while TECRO is Taiwan’s representative office in the U.S.

The three-year BELUU programme, jointly funded by the U.S and Taiwan, aims to “enhance women’s ability to thrive via a more connected business environment, demonstrating the benefits of inclusive development, women’s economic empowerment, and democratic values that foster participation from all,” the State Department said.

“The programme will focus on the power of the blue and green economies to increase the market participation of women entrepreneurs in the island nations of Palau, Nauru, Tuvalu, and the Republic of Marshall Islands,” the State Department added.

However, the State Department did not disclose any financial details about the BELUU programme.

According to the State Department, the programme will partner with women-led civil society organisations to address barriers that women in the four countries face in terms of market engagement and disruptions in the economy.

In the wake of worsening climate impacts, such as cyclones, drought, and sea-level rise, as well as the disproportionate impact of COVID-19 on women and girls, the State Department said the program would prioritise how to advance equity through outreach to and consultation with individuals from rural areas, ethnic minority communities, and LGBTQI+ communities.

The State Department said the program is expected to help more than 56,000 women and youth entrepreneurs and community members.

“The United States is committed to partnering with AIT and TECRO to enhance all women’s meaningful participation in the global economy,” the State Department said.

In Taipei, the Ministry of Foreign Affairs (MOFA) said on Saturday in a statement that it was delighted to see the launch of the BELUU programme as the COVID-19 pandemic has adversely impacted the global economy and these Pacific island nations.

“Taiwan has been actively pushing for gender equality and women empowerment for years,” the MOFA said. “In the future, Taiwan will continue to work with like-minded countries and its allies to further facilitate the economic development and social sustainability in the Pacific region.”

The four Pacific island nations are among Taiwan’s 14 allies in the world.

Shuttle diplomacy to the queen’s funeral an opportunity for Australia and...