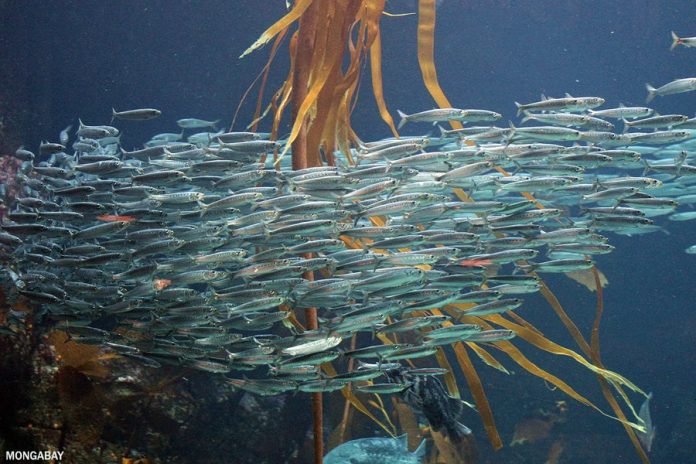 The treaty of the Biodiversity of Areas Beyond Marine Jurisdiction or the Treaty of the High Seas, which is still under negotiation is of critical importance to the Pacific Islands as it will impact our culture, food, livelihoods, and national economies.

Negotiations on the BBNJ Treaty have been ongoing for the last 18 years, the latest were held over two weeks from August 15-26 with the fifth Intergovernmental Conference (IGC-5) focusing discussions on marine genetic resources (MGRs), benefit-sharing, area-based management tools (ABMTs), marine protected areas (MPAs) and other cross-cutting issues.

The failure of IGC-5 to reach an agreement was obviously met with disappointment by Small Islands and Developing States, which was summed up by Pacific Islands Forum Secretariat (PIFS) Secretary General, Henry Puna who said the region needed the treaty, as it would “contribute to the health, productivity, and resilience of our Ocean, rooted in inter and intra generational equity”.

As owners of 20 percent of the world’s Economic Exclusive Zones, the Blue Pacific has long lobbied for an international legally binding instrument under the United Nations Convention on the Law of the Sea, on the conservation and sustainable use of marine biological diversity of areas beyond national jurisdiction.
However, civil society organisations such as the Pacific Network on Globalisation (PANG), Third World Network, Development Alternatives with Women for a New Era (DAWN) warned the treaty in its current draft fails to guarantee that all nations will benefit from the agreement, particularly on the use of any marine genetic resources (MGR) or digital sequence information.

Choke Ling of Third World Network, a lawyer by profession, says the “access to Genetic Resources and Benefit Sharing (ABS)” in the treaty is not only fragmented and elusive, but also based on a self-declaratory notification of the Parties and other stakeholders” and dilutes the prospects of fair and equitable benefit sharing.

Even if there is lack of research of the ocean, marine genetic resources are valuable either ecologically, culturally or economically and are of high demand in the world for agribusiness, military and especially pharmaceutical research for vaccines.

Tuvalu Permanent Representative to the United Nations, Samuelu Laloniu says the Pacific, African Group, the Caribbean Community and the Core Latin American Group (CLAM) joint presentation has always been for the use of access “in situ, ex situ, in silico, and as digital sequence information.”

At the August negotiations, this part of the draft text was subject to the most intense deliberations in both informal informal sessions and in small group deliberations throughout the meeting.

“The use of the collection in situ here, while we understand the rationale and efforts made by the ICG President, still raises concerns for our group in terms of the implications on the linkages with subsequent steps in the process. We understand here that the idea is to equate collection as a type of marine scientific research activity, which is under the regime of the freedom of the high seas,” Laloliniu said.

“Our Pacific’s position, similar to the African group, has been that marine genetic resources are the common heritage of humankind. And while the freedom of the high seas is a conditioned freedom, and that marine scientific research shall not constitute the legal basis for any claim to any part of the marine environment or its resources, we still have difficulties with this term of “collection”.”

These views were backed up by Solomon Islander and ocean scientist, Dr Katy Soapi, a founding and board member of the Tetepare Descendants’ Association, which is dedicated to conserving the largest uninhabited island in the Southern Hemisphere.

“The ocean influences every aspect of our life. It is central to our culture, and now and it also sustains our livelihood and our proximity to unexplored ocean areas, including these deep-sea areas that are within and beyond national jurisdiction and the highly diverse marine ecosystems,” Dr Soapi said. “Our interest in this is because whatever happens in the deep ocean will impact us. And so, our interest in this area is that we want to protect our neighbourhood.”

One of the challenges in the region, Dr Katy added was the low ocean science capacity in the Pacific region as reported by the Global Ocean Science Report. Apart from the non-participation of Pacific Islanders in global reports such as the Ocean Science Assessment Report, the region doesn’t have research vessels for high seas with Fiji being the only country that had a hydrographic survey vessel.

“And sometimes, when we don’t have the capacity, we don’t get involved in the whole chain of data analysis. I think as part of this, it might be it would be really good if we are able to build capacity and track the challenges and be able to also manage our ocean resources for ourselves, not only for ourselves, but for the common good of the planet because it seems like most of what we are doing in the Pacific is helping to conserve ocean resources, while those outside of us are more exploiting resources beyond, sustainable ways,” she said.