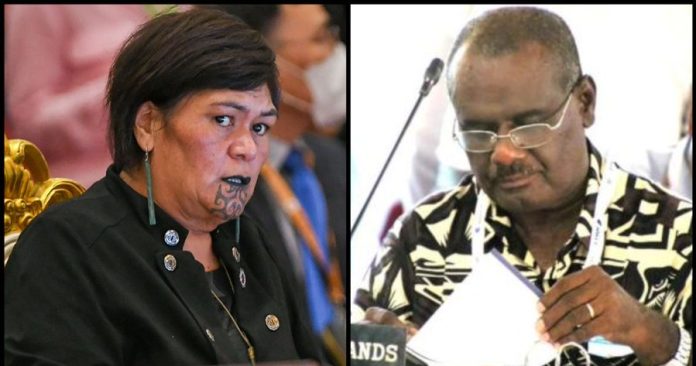 Solomon Islands says consultation between Pacific nations could be improved, ahead of a foreign affairs bilateral meeting in New Zealand.

The Solomons’ Foreign Affairs Minister Jeremiah Manele will sit down with his Aotearoa counterpart Nanaia Mahuta in Wellington today.

“There’ll certainly be a sense that New Zealand needs to ensure it has strong, robust and open channels of communication with the Solomon Islands going forward in the relationship,” Powles said.

News of a draft security agreement between China and Solomon Islands caught the New Zealand government by surprise in March.

“We work with any partner that gives us a fair go,” he said.

However, he did say consultation in the Pacific region could be improved.

“I think there is room and space to further enhance our bilateral consultations… not only at officials level but also at the ministerial level.”

“Of course while there are regional frameworks for consultation, flexibility must also be there for sovereign states to also consult and pursue their interests as they see fit.”

The United States has made concerted efforts to counter China’s influence in the Pacific in recent months.

Last week, leaders of 14 Pacific nations were hosted at a historic U.S-Pacific Summit in Washington for two days of talks and a dinner at the White House.

“We look forward to the implementation of that arrangement and the commitments that have been made by the US in terms of its interest and engagement in the region.”

Manele said the Solomons would continue to deal with its economic challenges, fast-growing youth population and security issues through a “development lens”.

He said he “remained determined” to increase the number of people allowed to work in New Zealand through the Recognised Seasonal Employer scheme to aid its recovery from the pandemic.

“We have lost a lot of ground due to Covid-19. Part of my visit is to promote Solomon Islands’ ‘here to work’ brand and ask employers in New Zealand to look our way,” he said.