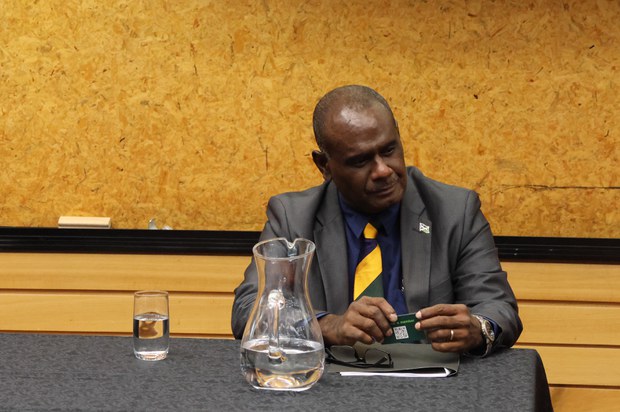 The Solomon Islands may not shed its least-developed country status by the 2024 target after suffering economic setbacks, Foreign Minister Jeremiah Manele said Monday.

More than 40 countries are classified by the UN as least developed due to having income per head as low as US$1,000 and problems such as high infant mortality and chronic economic vulnerability.
“Our economic growth is not keeping with the development needs of our country,” Manele said in a speech to the New Zealand Institute of International Affairs in Wellington.

In the Pacific, Tuvalu and Kiribati are also classified as least developed. Vanuatu graduated in 2020, and Samoa in 2012.

The World Bank says gross domestic product per capita was about US $2,300 in the Solomon Islands in 2021. But the archipelago of some 700,000 people has been affected lately by economic shockwaves from the COVID-19 pandemic, Russia’s war on Ukraine, and rioting in its capital Honiara last year.

The Pacific nation has been the focus of China-U.S rivalry in the region after its government signed a secret security pact with Beijing earlier this year.

The country’s leader, Prime Minister Manasseh Sogavare, last week was a signatory to a declaration of partnership between the United States and Pacific island nations at a summit in Washington. He had reportedly initially opposed the agreement.

Manele reiterated on Monday his government’s assertion that it was not taking sides in a great power rivalry and would work with any country “that will give us a fair go” and help with economic development.

“Infrastructure is the golden thread that is needed to integrate and unify our scattered population,” he said.