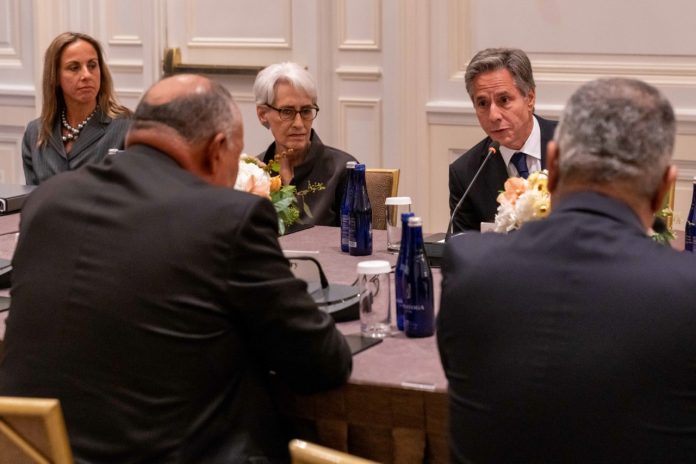 As geopolitical competition intensifies in the Pacific Islands, Kurt Campbell, the White House Indo-Pacific coordinator and deputy assistant to President Joe Biden, has said the U.S and India are engaging with each other on the issue, and that they look forward to working “more closely” with New Delhi in the region.

He added that he was “gratified” by the close coordination with India across domains in the Indo-Pacific.

Campbell, often considered one of the key architects of the U.S’s Indo-Pacific thrust and Quad from his perch in the National Security Council, also acknowledged that there is a lack of a strategic approach from the U.S towards the Indian Ocean island states — which face some of the same challenges as Pacific Islands — and there are efforts to remedy that.

Admitting that the U.S has to “step up its game” in the Pacific Islands — a recent security understanding between the Solomon Islands and China has triggered concern in Washington DC and led to an avalanche of diplomatic initiatives to woo the strategically located islands — Campbell said that the U.S has “strategic, moral, political, humanitarian” interests in the region.

Speaking at the Ocean Nations: An Indo Pacific Islands Dialogue organised by Carnegie Endowment on the sidelines of the United Nations General Assembly in New York, when asked what had changed in the Pacific Islands in the past few decades, Campbell said, “What’s most important is that circumstances in the Pacific islands are more dire. Their livelihoods are threatened. Climate change is existential. Covid hurt most of these nations substantially. The need is great.” He added there was an “undeniable strategic component”.

“I think we have seen a more ambitious China that seeks to develop a footprint, militarily and the like, in the Indo-Pacific. That has caused anxiety with partners like Australia and New Zealand, even countries in the region as a whole. That is an added dimension to the circumstances.”

Campbell said that there is a deeper recognition now that the US had paid lesser attention to the region than it should have and it was important to be honest about it. But he also pointed to “nascent institution building”, in the form of the Pacific Islands Forum that the U.S supports.

“What we have tried to do with the launch of the Partners of the Blue Pacific..is put together an unofficial grouping of like-minded nations with the U.S, Australia, New Zealand, Japan, and Great Britain and some others will join.”

Secretary of State Antony Blinken will host a meeting on the initiative in New York on Thursday. In addition, Biden is hosting the leaders of the Pacific Island nations for the first time in the White House next week.

“But essentially, some of the challenges are identical — climate change, strategic competition, big powers showing greater interest. You are beginning to see a greater degree of coordination among various countries also about the Indian Ocean arena…We have seen this lack of strategic approach to the Indian Ocean and I think we are going to try to remedy that going forward,” he said.