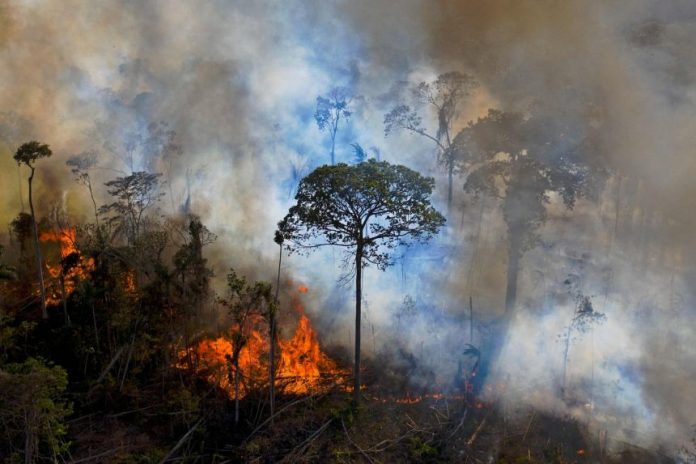 A new, much-awaited legal definition of “ecocide” has moved the world a step closer to recognising the plunder and mass destruction of nature as criminal.

This raises the possibility of having ecocide included under the Rome Statute of the International Criminal Court (ICC), alongside four already recognised international crimes: genocide, crimes against humanity, war crimes and the crime of aggression.

That, however, will certainly take years – and in the meantime, a lot more damage will be done to the biosphere.

Besides, it cannot be applied retrospectively. And there are countries which do not recognise the jurisdiction of the ICC. Some argue that they have their own domestic laws to deal with crimes. As such, the ICC is a court of last resort – providing an opportunity to seek justice where normal efforts have failed.

Yet it remains historic and encouraging to put legal definition to ecocide, said legal and environmental analysts.

The draft – the final wording of which would still be negotiated- defines ecocide as “unlawful or wanton acts committed with knowledge that there is a substantial likelihood of severe and widespread or long-term damage to the environment being caused by those acts”.

The campaign to list ecocide in the Rome Statute continues influencing national and regional decision makers, and the term is more frequently used, gathering more ethical and legal weight.

This may make environmental offenders, including big corporations and complicit political leaders and bureaucracies, think twice.

The draft definition of ecocide was formulated by a global panel of legal experts co-chaired by Professor Philippe Sands, a law professor and director of the Centre on International Courts and Tribunals at University College London, and Senegalese jurist Elisabeth Dior Fall Sow.

It introduces a “new non-anthropocentric approach, namely putting the environment at the heart of international law, and so that is original and innovative”, Prof Sands said.

“The single most important thing about this initiative is that it’s part of that broader process of changing public consciousness – recognising that we are in a relationship with our environment, we are dependent for our well-being on the well-being of the environment, and that we have to use various instruments, political, diplomatic but also legal, to achieve the protection of the environment.”

The effort to list ecocide as a crime has been around since the late Swedish prime minister Olof Palme proposed it at the 1972 UN environmental conference in Stockholm.

The late Scottish lawyer Polly Higgins, who died in 2019, led a decade-long campaign for ecocide to be recognised as a crime against humanity.

Small island nations like Vanuatu and the Maldives have supported the idea. So too has the Pope.

In November 2019, Pope Francis proposed that “sins against ecology” be added to the teachings of the Catholic Church and “ecocide” should be a fifth category of crimes against peace at the international level.

He said acts that could be “considered as ecocide (include) the massive contamination of air, land and water resources, the large-scale destruction of flora and fauna, and any action capable of producing an ecological disaster or destroying an ecosystem.”

For ecocide to become an international crime, a member state of the ICC needs to formally propose the addition of ecocide to the Rome Statute. Sweden, where key political parties have supported it, is a likely candidate. State parties must also vote on it.

Shirleen Chin, a Hague-based international legal expert and environmentalist who has been lobbying for recognition of ecocide, told The Straits Times: “We don’t know if it’s ever going to be included in the Rome Statute, but… there is now political support, there is political traction.

“This definition is more deliberately made in collaboration with everybody, making it more global,” said Ms Chin, who founded the consultancy Green Transparency.

“We have the perspective of the Pacific islands… (and) Bangladesh. We have Africa, we have America, we have South America. So it’s a global culmination of legal knowledge and experiences.”

She added: “We’re not trying to say that (ecocide) is equal to genocide. Genocide stands alone as a very egregious crime.

“Our concern is to make sure that the earth is protected. If there is a law saying these types of acts are prohibited, that they can be a violation of international criminal law, that we can bring you to court as an individual or as an executive, then (offenders) will definitely think twice about the decisions they make.”

Listing ecocide under the ICC, is “a signal that ‘no’ means ‘no”, she said.