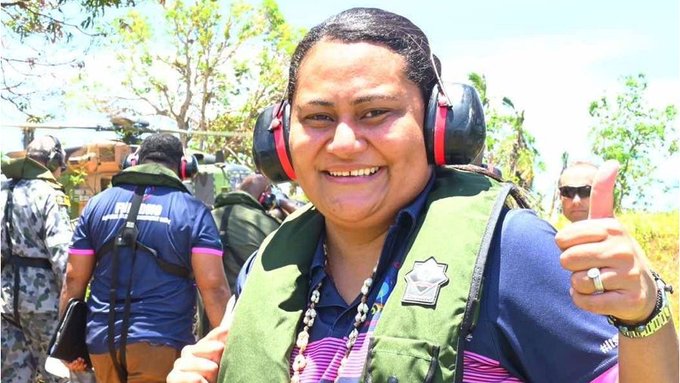 The prestigious awards, which come with a cash prize, celebrate women’s achievements in reducing disaster risk in their communities across the Asia-Pacific region.

Mami Mizutori, Special Representative of the Secretary-General for Disaster Risk Reduction and Director of UNDRR said: “The WIN DRR Leadership Awards is a way to recognise the tremendous contributions that women are making to disaster risk management in the world’s most disaster-prone region. We received 153 inspiring nominations from 22 countries in the Asia-Pacific region.”

Excellence award winner, Soko said “Coming into a field that has been historically male-dominated, I try to be ten steps ahead of them because I want to set the tone for other women to get involved and to take up leadership roles in disaster risk reduction and disaster management.”

“Dr Hanifa, the winner of the Rising Star Award, truly is a Rising Star,” said Mizutori. “As an earthquake scientist her interdisciplinary research is building earthquake resilience across Indonesia, and she also co-founded U-INSPIRE Alliance, which brings together youth and young professionals working in Science, Engineering, Technology and Innovation to collaborate on innovative solutions to the major challenges we face.”

Rising Star award winner Dr Hanifa said: “This award is dedicated to all women and young professionals in the region. There are many women in Indonesia who need encouragement to go on to university. I hope this recognition will encourage other young women to follow their dreams of becoming scientists or engineers. We need gender balance in these professions and the whole of society will benefit.”

There are two award categories – the Excellence Award, proudly sponsored by SM Prime Inc., worth US$10,000 and the Rising Star Award worth US$7,500. The Award winners were announced during a celebratory event on the International Day for Disaster Risk Reduction, 13 October 2021.