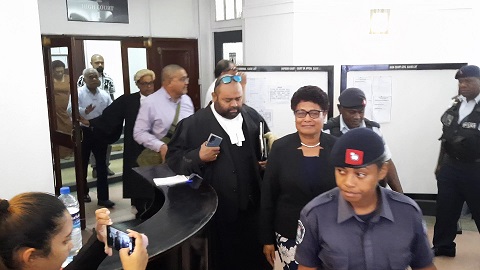 Former Fiji Opposition MP Salote Radrodro has been sentenced to 30 months imprisonment by the Anti-Corruption Division of the High Court in Suva.

Radrodro was charged by the Fiji Independent Commission Against Corruption (FICAC) with one count of giving false information to a public servant and one count of obtaining a financial advantage.

Justice Kumarage handed her an aggregate sentence of 30 months, with 24 months to be served in custody and the remaining six months suspended for five years.

Radrodro was a fortnight ago found guilty of fraud.

She was however found to have been residing in Tacirua Heights.

UN states seek teeth and sting in the corruption fight