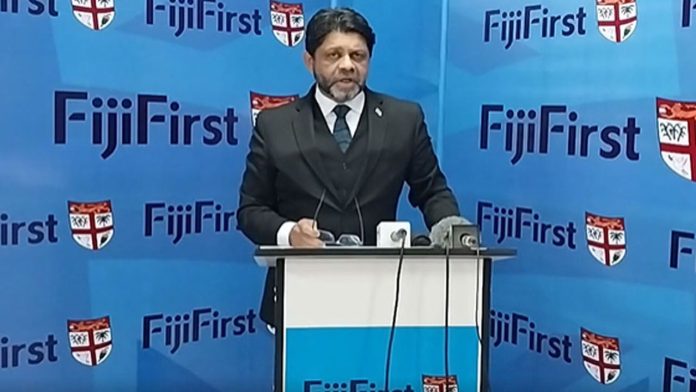 The FijiFirst has described the upcoming General Election as a ‘watershed.’

Party General Secretary, Aiyaz Sayed-Khaiyum said this election will be a turning point as the old way of thinking is fighting with the new way of thinking.

Sayed-Khaiyum was responding to queries raised regarding the comments made by Social Democratic Liberal Party MP Mosese Bulitavu on how Fijian voters were misled in the 2014 and 2018 General Elections.

He had stated that SODELPA had crafted their campaign message around 17 matters to get votes in their favour during the last two elections.

Sayed-Khaiyum has reminded all eligible voters that the 2022 General Election is important.

“That’s why they (political parties) are so desperate in doing all of these things. You know why? Because this is going to be a watershed election. They know that when they lose, God willing they will lose, the old style of politics will no longer have any more currency.”

A watershed election is an election which represents a major shift away from the current political situation.

People’s Alliance leader Rabuka says he will not instigate another coup...

FijiFirst clarifies it’s still in government until the election of PM...