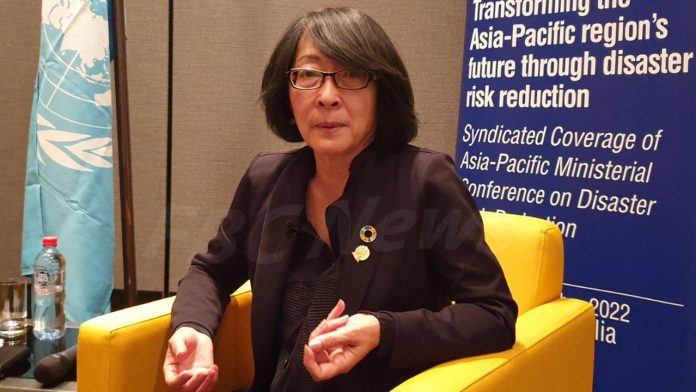 The inclusion of Pacific Island countries, such as Fiji to the Asia-Pacific Ministerial Conference on Disaster Risk Reduction(AMCDRR) is critical during these trying times.

This was highlighted by the United Nations Disaster Risk Reduction Secretary-General, Mami Mizutori during a mini-press conference, kick-starting the week-long conference in Brisbane, Australia.

She said at least 90 percent of major disasters have happened during the past 20 years, which are related to the climate emergency, particularly in the Pacific.

Mizutori stresses the Pacific was recently included in this prestigious meeting, bearing the existential threat these small island developing states have endured over the past few years.

“I would also say that we can learn a lot from the Pacific Islands because we are so threatened by this risk related to the climate emergency. And at the same time, you do not have enough resources to tackle it, although you did not bring this problem to the world. Let’s figure islands know how to integrate better into your programs, your plans, your policies, the climate, and the DRR agenda.”

Last week, 20 Ministers from the region convened at an inaugural Pacific DRR Minister’s meeting in Nadi in an effort to consolidate the work towards creating a more risk-informed community.

Mizutori has confirmed receiving the Nadi Declaration from the Pacific delegations and said the declaration is concrete and will be further deliberated this week.

“I have read the declaration. It is a very determined document on what the Pacific Islands need to do in order to overcome this existential threat. And I know that this will resonate strongly at this conference, and we will look at how we can support you and also work with you. So congratulation, and we are delighted that Pacific Islands is now a formal part of this conference.”