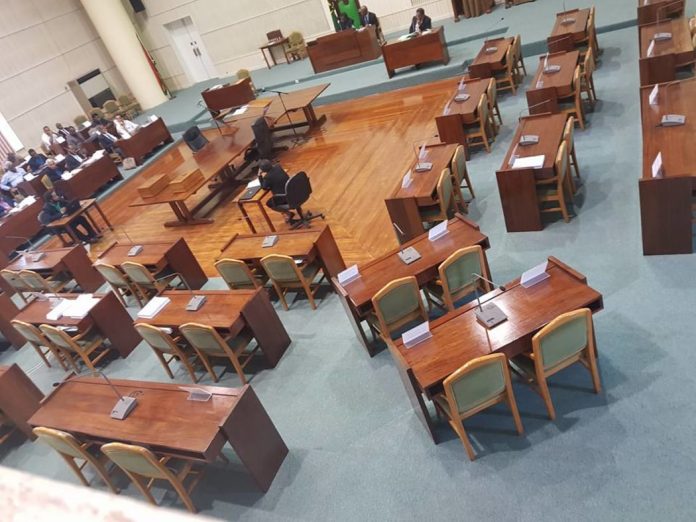 The chief justice of Vanuatu has ordered the amendment of a constitutional application against the dissolution of Vanuatu’s parliament to exclude the president of the republic from the case.

The application, which was heard in the Supreme Court in Port Vila, was brought by 27 opposition MPs who were signatories to a motion of no confidence in the prime minister Bob Loughman earlier this month.

On the motion being tabled in parliament the house was dissolved by president Nikenike Vurobaravu on the request of Loughman and his council of ministers.

Vanuatu lawyer Wilson Thompson is the assistant deputy private secretary to Vanuatu’s head of state and was in court on Wednesday for the proceedings.

He said the court found the constitutional application too broad in its scope.

“The chief justice, who is the one presiding over the matter, has advised the applicant’s lawyers to amend the constitutional application and make it as an ordinary civil matter,” Thompson said.

He said the core difficulty in the original application was that it named the president as first respondent in the case but he could not be challenged because of the powers accorded to him by the constitution.

“Because article 28 (3) of the constitution does provide for the president to dissolve parliament if he receives a council of ministers’ decision. And that provision does not provide for any other authority whether from the opposition or whether from the leader of the opposition for the president to consult before making a dissolution [of parliament].”

Thompson said the constitution also does not require the president to base his decision on any specific criteria.

Chief justice Vincent Lunabek has given until the close of business today for the application to be amended to exclude the president and until Friday for the attorney general to prepare a response.

RNZ Pacific understands the new case is now being built around challenging Bob Loughman and his council of ministers’ decision to request a dissolution of parliament despite a date having been set by the speaker of parliament for the motion of no confidence to be heard.

The entire matter will be back in court on 02 September to see if there is a case to answer in the amended matter.

RNZ Pacific had earlier reported that the 02 September date had been set down for a trial but Wilson Thompson said this was incorrect.