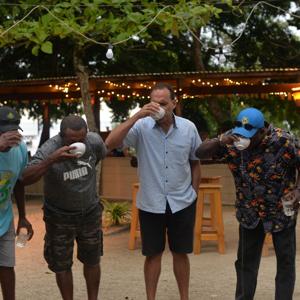 The 27 signatories of the motion of no confidence against Vanuatu caretaker Prime Minister, Bob Loughman, filed Monday in Court their urgent constitutional application on the dissolution of the Parliament by the Head of State, following the advice of the Council of Ministers (COM).

Former Leader of the Opposition, Ralph Regenvanu, confirmed that in their submission they are challenging the decision of the COM to approve the dissolution while the motion was already declared in order by the Speaker of Parliament.

The motion was deposited on 18 August, and was declared in order by the Speaker the following day.

Meanwhile, Dr Siobhan McDonnell, Senior Lecturer at the Crawford School of Public Policy at The Australian National University, said the courts will decide the legality of the parliamentary dissolution.

“This case moving forward, will challenge those grounds … because it sets a very dangerous precedent in politics, if whenever a government’s challenged they’re able just to dissolve parliament,” she said.

Dr McDonnell said the dissolution of parliament as a result of an expected vote of no confidence was “problematic” for Vanuatu’s wider governance.

“I think just in very pragmatic terms, we’ve got a government that’s only served two of a four-year term,” she said.

“Elections are very expensive it’s a huge undertaking to run an election [which is why] it is stipulated that they should be run every four years,” she said.