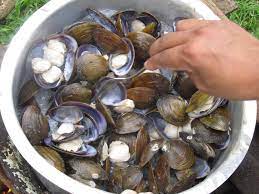 Authorities in New Zealand have found mussels from Fiji on sale at independent retailers and on social media.

New Zealand Food Safety has not assessed Fiji’s related growing, harvesting and processing controls so while mussels from Fiji may be brought into the country for personal use, they cannot be sold.

There has been one unverified report of illness linked to mussels from Fiji.

“As New Zealand Food Safety has not assessed Fiji’s growing, harvesting and processing controls for mussels we cannot be confident that the mussels don’t pose a food safety risk to consumers,” he said.

Mussels are a high risk food because of the way they feed, which increases the likelihood of contamination from bacteria, viruses, toxins and chemicals. Eating contaminated mussels can cause illness for anyone, especially vulnerable people, including the very young, the elderly, pregnant women and those with compromised immune systems.

They are also known as Nakai, Kai, Batissa violacea and Fresh Water Mussels.

“Knowing where the mussels you want to buy have come from can help reduce the risk of any potential health problems. Our message to people buying mussels is that if you are in any doubt, ask the retailer where the product has come from. If it is from Fiji, the mussels should not be for sale,” said Arbuckle.

Meanwhile, potentially hazardous shellfish have been seized in the United Kingdom while officials in New Zealand are urging people not to eat illegally sold mussels.

In the UK, Operation Pearl discovered shellfish being illegally harvested from Chichester harbor.

Shellfish that are harvested from unmonitored areas maybe unsafe for human consumption. They can be contaminated with E. coli, norovirus or high levels of chemicals.

Chichester District Council, the Food Standards Agency (FSA) and National Food Crime Unit were part of a team that led the operation