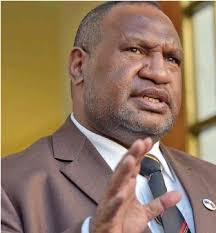 He, however, cautioned the media to stay away from political and personal preferences.

PM Marape said it was quite evident during the 2022 General Election that certain media houses were taking side with politicians, and political parties, and this did not reflect well on the media.

“My Government and Pangu Pati appreciates the role of a free media,” he said.

“Pangu gave that in 1975 to the country, and we will protect that freedom of media and speech.

“However, I caution the media to stay away from political and personal preferences, particularly to do with one particular political or political party.

PM Marape said he was not one to control media as former prime minister Peter O’Neill was known for.

“Never once, during my first three years from 2019 to 2022, did I send my staff to the newsroom to pull out stories as Peter O’Neill was known for doing,” he said.

“I will continue to do that; however, I ask media to be fair in your reporting.

“I did not deport journalists as O’Neill deported Sir Mekere Morauta’s media advisor Mark Davis in 2013.”

PM Marape said media in Papua New Guinea had traditionally been among the strongest and most independent in the South Pacific, but press freedom had eroded somewhat in recent years.

“Freedoms of speech, the press, and information are guaranteed under Section 46 of the Constitution,” he said.

“This is something that I am very proud of.

“Journalists can be sued for defamation in civil cases, but it is not a criminal offence,” he said.