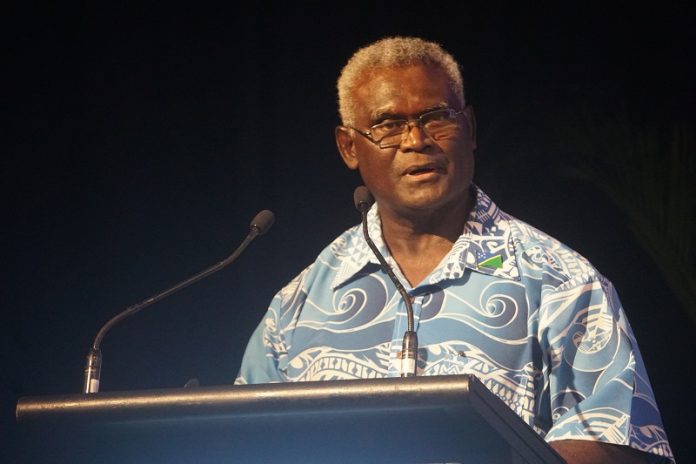 Manasseh Sogavare made this statement when explaining the government’s decision behind the omitting SIBC as a State-Owned Enterprise (SOE) recently.

Responding to a question from the Leader of Opposition in Parliament Tuesday, Sogavare said SIBC is a statutory body and service provider that continues to receive fundings from the Solomon Islands Government.

“As a national broadcaster, SIBC is expected to conduct its business in such a manner that instils unity amongst our people.

“However, in recent times, that was not the case,” he said.

“In fact, in 2015, we came up with this National Broadcasting Policy 2015 that clearly outlines what is expected of the national broadcaster, bring country together, unity, issues that this country grapples with.

“We struggle to hold this country together,” he said.

However, Sogavare said they have seen recently SIBC has been broadcasting news that is inciting, allow anxiety in our public, mostly based on misinformation and in some cases deliberate lies.

He said the government was not even given the opportunity to respond to this misinformation and lies.

“The Office of the Prime Minister and Cabinet has brought this up with the Board and CEO of SIBC but to no avail.

“I had personal discussions with the CEO and officers have discussed with them that some issues they are broadcasting is dividing this nation,” he said.

Sogavare said but to no avail.

He said SIBC must abide by code of ethics but most importantly must abide by National Broadcasting Policy, should guide the way SIBC do its work.

Furthermore, Sogavare backed his argument for the basis of Government’s decision by quoting the preamble of Society of Professional Journalists(SPJ).

SPJ believe that public enlightenment is the forerunner of justice and the foundation of democracy. Ethical journalism strives to ensure the free exchange of information that is accurate, fair and thorough. An ethical journalist acts with integrity.

The Society declares these four principles as the foundation of ethical journalism and encourages their use in its practice by all people in all media.

The four principles are Seek Truth and Report It, Minimise Harm, Act Independently and Be Accountable and Transparent.

Sogavare said the National Broadcaster must at all times keep this in mind when discharging their statutory and professional obligations to our people.

“Freedom of the press is essential to the preservation of a democracy; but there is a difference between freedom and license. Editorialists who tell downright lies in order to advance their own agendas do more to discredit the press than all the censors in the world.”

Sogavare said this is a real concern of the government where journalist reporting back to their editor with stories and news and it is the editor that decides what get printed and sets the agenda for public consumption and debate.

“I urge all of us to take heed of the observation of this great man,” he said.

“Perhaps we out to ask ourselves just what freedom of press really is. Whose freedom, is it? Does it guarantee the right of the publisher to do what he wishes, limited only by the laws of libel, public order and decency? Is it only a special license to those that manage the units of the press? The answer is of course is no.”

Sogavare said now it is time to act that SIBC discharge its mandate in accordance with ethical journalist, especially when propagate by national broadcaster.

“We don’t have control of newspaper, because of that cabinet has agreed to establish government newspaper,” he said.

The Prime Minister also said SIBC had not been making profits since 2018 even though Government supported all along including Subvention grants from Office of Prime Minister.

He said SIBC will still operate under Broadcasting Act Cap 122, it has been doing since 1978.