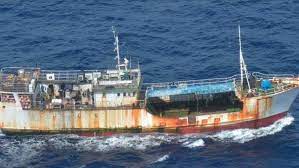 Kiwi startup Xerra has detected up to 100 possible “dark vessels” during an exercise to crack down on illegal fisheries around Tuvalu.

Xerra senior scientist Moritz Lehmann said the rate of detection was higher than expected, and the findings could indicate illegal fishing was a bigger problem than currently thought in the waters around the small Pacific nation.

“We did not get a chance to validate the satellite data against actual human observations from patrol ships or aircraft, so there is some uncertainty, and we can not say whether illegal activity took place,” he said.

The company will have the opportunity to validate its findings in a larger separate exercise currently under way called Operation Island Chief, which is supported by aircraft and ships from the United States, France, Australia and New Zealand.

The focus of recent exercises has been on illegal fishing, but the technology can also be used to detect smugglers and clandestine meetings at sea.

Lehmann said there was awareness that illegal behaviour went on at sea, but dark vessels illegally fishing often went overlooked.

“But the way we see it is, dark vessels are hard to see. They don’t want to be spotted, so there’s a whole lot of assumptions that just because you don’t see them they’re not such a big of a problem. We are setting out to actually put some numbers onto that figure.”

Maintaining the integrity of fishing areas (or exclusive economic zones) is of great importance to Pacific Islands.

“Anyone fishing illegally causes a direct hit to the economic viability of the country,” Blaha said.

Tuvalu’s exclusive economic zone is about 750,000 square kilometres, and each satellite scan covered up to 80% of it.

Lehmann said Xerra had worked in a similarly large multinational operation once before, but this time Starboard was more involved with the satellite planning and providing results of scans to member states.

“It would be right to say this is a step up from our previous involvement, and we are becoming more integrated in the process, but as you can probably imagine there’s a whole machinery behind it, and we’re just a cog.”

Starboard is providing a common operating platform for Operation Island Chief, delivering satellite data that could be shared and passed on to flight crews.

“We also provide interpretation of the results and recommendations for future satellite scans that are used to plan for deployments of patrol aeroplanes and ships.”

“Over the past year or so more than a dozen new commercial vessel-detection satellites have come online, and before the end of 2023 we expect dozens more, which means we are quickly closing the surveillance gap,” he said.

“We found that their number varied quite a bit over time just as licensed activity is variable,” he said.

Satellite detections and the positions of known, transmitting vessels are automatically matched to possible detections from the satellites.

Any vessels detected that are not also reporting their locations using the mandated identification systems are highlighted as being “dark”.

If ships have turned off their automatic information system transponders they can still be tracked via the radio frequencies of its navigational radar.

Another method of detection uses satellites that can beam energy towards Earth, and tell if a ship is in the area by how the energy is reflected back to the satellite.