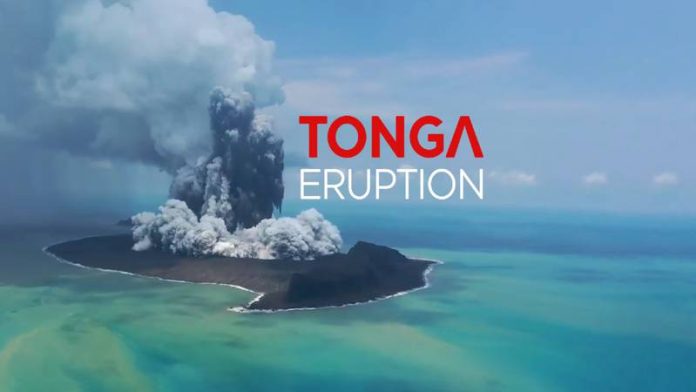 Tongan overstayers who can’t return home because of the damage caused by January’s volcanic eruption are asking the Government for a short-term working visa.

Some parts of the island nation were completely wiped out or left largely uninhabitable when the Hunga Tonga–Hunga Ha’apai volcano erupted, triggering a tsunami.

It’s estimated the disaster has cost Tonga $175 million (US$119 million) or almost a quarter of its GDP.

It means that many of the roughly 2500 Tongan overstayers living in New Zealand have been left stranded and are also supporting family back home who’ve also been caught up in the Omicron outbreak.

“The whole village is wiped out including our own home our family home,” says one couple from Kanokupolo who 1News is calling Sione and Mele to protect their identities.

“If we go back so I have no place to go. It’s going to be hard for them to share with us everything they have share with us.”

The couple are in their 30s and became overstayers in 2019 when Sione’s work visa as a carpenter was declined.

His work experience wasn’t accepted by Immigration New Zealand but is by New Zealand employers, something that 1News has verified.

They’ve made repeated attempts to get their status legalised and are currently working under the table in order to make enough money to send home.

Immigration New Zealand says it’s mindful of the situation for Tongan overstayers and is assessing each individual’s circumstances on a case-by-case basis.

However, immigration lawyer Richard Small says it’s been a blanket no for all of his requests for overstayers affected by the tsunami.

“This closed-door approach seems inaccessible…and impervious to any political oversight,” he told 1News, adding that he believes this needs to change.