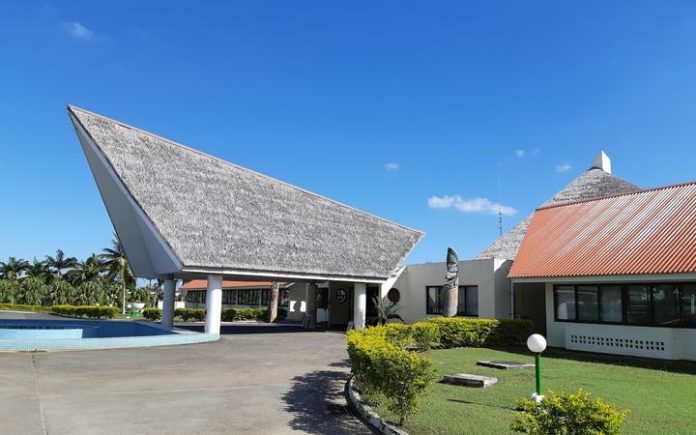 Security measures at the Opposition’s Island Magic Resort camp on Efate was beefed up Monday after Members of Parliament (MPs) who signed the motion of no confidence against Prime Minister Bob Loughman and the other MPs who later joined, initiate the formation of a new Government.

The strict measures were obvious as last week political supporters were still allowed in the camp, but Monday there was a chain at the entrance.

This was deemed necessary because of the timing of the parliament sitting this morning, reported the Daily Post.

Reliable sources from the camp said the MPs have requested that members of the public be temporarily restricted from the camp to allow them to concentrate on the formation of the new coalition government and its composition.

They said the composition of the new government will be made public today, if the motion is successful.

These six political parties had the support of 29 MPs on Friday last week. But the resignation of UMP MP, Willie Daniel Kalo as Minister of Agriculture over the weekend increased the number of MPs at Magic Island Resort to 30.

Meanwhile, a source from the camp said five government MPs made an attempt to join the camp on Sunday, but their offer was refused.

Other sources also at the camp told Daily Post that one of the parties in the camp was allegedly offered money by a politician on Sunday, to defect the camp and join the government side, but the attempt failed

Indo-Pacific is priority theatre with China as a pacing challenge: U.S...