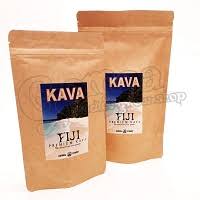 By Pita Ligaiula in Port Vila

Fiji is leading the charge in the Pacific in exporting kava to the Australian market.

Last year, Australia launched phase2 of its Kava Pilot programme, where exporters from the Pacific can now export an unlimited amount of kava to Australia for commercial purposes.

The Kava Pilot Phase 2 ends Australia’s kava ban imposed over a decade ago in 2007 when it tightened its import restrictions on kava, claiming it was abused in Aboriginal communities and causing health problems there.

Phase 1 increased the amount of kava that passengers can bring into Australia from 2kg to 4kg.

“The latest figures show that there is almost a 100 tonne of kava imported into Australia during seven months. It’s new for importers so there is a lot of compliance work that needs to happen around packaging, labelling compliance, permits.

“When we look at the statistics Fiji is leading in the export particularly to Australia with the biggest volumes followed by Tonga. There is a reason for that because we have a strong Tongan Polynesian diaspora network in Australia, so the Tongan connecting instantly to those markets.

“Vanuatu came in number three, I would have thought the volumes would be larger than they are at the moment but when you look at Vanuatu it’s a very established kava export for a long time and they’ve got strong markets in U.S, Fiji and New Caledonia,” Jarvis told journalists in a media briefing.

He said what they are seeing already on kava exported into Australia is that the market is very saturated very fast.

“You only have to go to Facebook marketplace and look under Kava Australia or Amazon Australia and you will find like pages and pages of new kava exporters trying to sell their products through e-commerce channels into Australia. That’s really exciting and we are pleased to see that as long as they are meeting compliance and its good quality. It’s a new scheme.

Jarvis said it would be good to see Australia opening up Kava bars similar to the United States.

“What we would like to see is how do we open up other channels to market. In America kava bars are very successful and a big volume of kava is going to America. Australia has been an alcohol based society it would be good to be less reliant on alcohol and maybe supplement it with a bit of kava or something. At this stage we haven’t seen anyone opening kava bars in Australia,” he said.

The kava ban in 2007 has had negative cultural impacts on Pacific Island communities in Australia and caused lost revenue in businesses in the Pacific Islands, including Fiji.

VAT removed from 21 basic items in Fiji effective from 01...