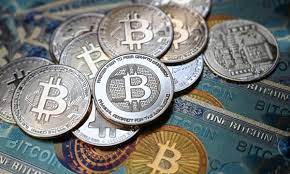 Recent green lighting of cryptocurrency projects in Vanuatu and Palau have raised concerns over the lack of an advisory body in the Pacific to help inform governments who wish to explore the economic benefits and risks of cryptocurrencies, blockchain and digital assets in general.

Last month, a letter from Vanuatu Prime Minister Bob Loughman to Satoshi Island Holding Ltd confirmed his government’s support of the company’s plans to turn one of Vanuatu’s islands into “a real world crypto paradise.”

The company holds the lease for Lataro – an 800-acre private island off the coast of Espiritu Santos in Vanuatu’s northern islands – and has renamed it Satoshi Island with a vision to turn it into the “crypto capital of the world” where crypto professionals and enthusiasts live and work.

“The proposal for the development of a state-of-the-art sustainable smart city to be built in Vanuatu is an exciting prospect and we look forward to the opportunities it will bring to the local people and businesses,” Loughman wrote.

“As a developing nation, Vanuatu is looking for new ways to attract investments and people to our country. With the difficulties that the world has faced due to COVID-19, which has severely affected the tourism sector, Vanuatu looks for innovative solutions to help grow our economy. We look forward to watching the development of Satoshi Island and inviting your community to their new home.”

It is not clear what “opportunities” will be created for Vanuatu, since the buying and selling of the Satoshi Island Non Fungible Tokens (NFTs – a form of digital asset) will purely be based on cryptocurrency and will therefore bypass the central banking system.

The idea is when an investor buys a Satoshi Island NFT, it is not just a virtual token but one that represents an actual piece of real estate on the island, which the investor can use at his or her own discretion, either for residential purpose or crypto-based business.

This, according to one opinion, will not necessarily translate to an influx of investors.

“If you take away the crypto marketing element of this venture, basically what you’re looking at is an attempt at a Special Economic Zone (SEZ),” said Papua New Guinea technology services provider Emmanuel Narokobi.

“SEZs thrive or die depending on several factors like having a clear goal, policy innovations, being an appropriate location for its goals and good management as always.

“Cryptocurrencies are basically that – currencies. It’s not a new thing now but what some people are drawn to is the spirit of what crypto is about, that is, decentralisation and the move against centralised power in Government, daily lives and your money.

“You can draw people to the island to celebrate the spirit of decentralisation but as a SEZ, what do you actually do there? What is its purpose? What do I actually get for putting down money for a house there? If I’m a Crypto developer, I would want to work with the best crypto projects. Has this island attracted any of the big names in Crypto? If I’m a crypto miner, I would want cheap electricity – how is the island going to be powered? If I’m a crypto investor, I’d want to be around exciting new projects or the stable coins of well-known cryptos. WIll any of them move there? But then again, if everything is decentralised and online, why do I need to move to an island when I could invest from anywhere in the world?”

“This growing trend is what I suggest to be one of the most innovative takes on a classic Ponzi scheme masked as a social innovation,” wrote Dr Olga Shvarova, Chief Innovation Officer at CYENS Centre for Excellence.

She labelled the project a “highly innovative Ponzi scheme” and a “bubble that will burst”.

Narokobi further commented: “The catch is that holding cryptocurrencies do not need physical banks or passports so you don’t need to move to an island to protect your money. It’s therefore likely that you would only physically move to an island like this if you’re on holiday, retiring or you need to be physically safe from something that you’re hiding from.”

In July last year, Vanuatu caved under the pressure of intense lobbying to amend its financial laws, which now recognise ownership of land, commodities, debentures and shares in the form of digital assets, effectively legalising cryptocurrency and becoming the first country in the Pacific and one of the few in the world to do so.

Meanwhile in the Northern Pacific, Palau’s ambitious digital residency programme – the first of its kind in the world – failed to attract investors, with only 800 signed up so far since the programme was launched in January.

“The goal is 7 billion, but we have got to start somewhere,” Palau President Surangel Whipps Jr said in an interview with RNZ Pacific.

The programme is Palau’s attempt at economic diversification where it wants to become a borderless financial hub for blockchain and cryptocurrency.

“m not surprised that it has had a slow start. What exactly do you expect? Cryptocurrencies by their very nature do not require you to have any passport or specific residence,” said Narokobi.

“The Pacific Islands Forum should seriously look at setting up a study unit to research policy and technology to advise Governments on best practices here. If you want to make money, you should be looking at attracting CleanTech/GreenTech initiatives.”

The PIF Secretariat in Suva did not respond to questions sent to it.

However, in an interview with Islands Business last year, PIFS was quoted as stating that its Economic Governance team will be undertaking further research on cryptocurrencies in the near future to identify inherent risks as well as tangible opportunities.

“We urge Member States to adopt a cautionary approach towards cryptocurrencies whilst these broader issues are being considered,” said PIFS Programmes and Initiatives Director Zarak Khan.

Ongoing cryptocurrency related projects in the Pacific, apart from Vanuatu and Palau include the flopped CryptoIsland project in Fiji, whose NFTs are still being traded; the development of SOV in the Marshall Islands, which aims to be the world’s first “real” cryptocurrency issued by a sovereign nation; and Tuvalu’s national digital ledger project, which is powered by Bitcoin Satoshi Vision blockchain, a breakaway faction of the original Bitcoin blockchain and which recently was the victim of massive hacking.