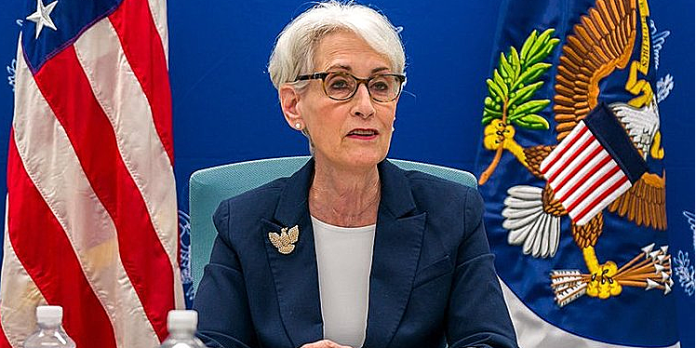 Samoa is the first of five Pacific nations that a high-ranking U.S Government official will visit this week, the U.S State Department has announced.

“The Deputy Secretary’s travel to the region reflects the United States’ commitment to engage meaningfully with fellow Pacific nations in the spirit of partnership and friendship,” according to a statement released by the Office of the Spokesperson.

Deputy Secretary Sherman will be the first senior U.S official and among the first foreign officials to visit Samoa, following the reopening of Samoa’s international borders on Monday this week. She will meet with Prime Minister Fiame Naomi Mata’afa.

In Nuku’alofa, Deputy Secretary Sherman will meet with King Tupou VI and other senior Tongan government officials to commemorate 50 years of bilateral relations between the United States and Tonga.

The most senior U.S official to visit Tonga in the history of the relationship between the two countries, the Deputy Secretary will discuss bilateral cooperation, including the United States’ interest in beginning discussions to establish a U.S embassy in Tonga—announced by Vice President Kamala Harris at the Pacific Islands Forum in July—as well as ongoing recovery efforts from the volcano eruption and tsunami in January, for which the United States has provided over US$2.6 million in assistance.

She will also deliver remarks at an event with Tongan students and young people, meet with members of Tongan civil society, and visit the U.S Peace Corps staff. The Peace Corps has been active in Tonga for 55 years and will return volunteers to the field in 2023.

In Honiara, Solomon Islands, Deputy Secretary Sherman will lead an interagency U.S delegation to participate in the commemoration of the 80th anniversary of the Battle of Guadalcanal.

The Deputy Secretary will also meet with Solomon Islands government officials, including Prime Minister Manasseh Sogavare, to highlight the enduring relationship between the United States and Solomon Islands and the recent announcement of plans to open a U.S Embassy in Honiara.

Deputy Secretary Sherman will then visit Canberra, Australia, where she will meet with Foreign Minister Penny Wong, Secretary of Foreign Affairs and Trade Jan Adams, and other senior Australian officials to discuss U.S-Australia collaboration for a secure and prosperous region, the bilateral trade partnership, and our work to combat the climate crisis.

She will also meet with young Australians to discuss the importance of further strengthening the U.S-Australia Alliance.

In Wellington, New Zealand, Deputy Secretary Sherman will meet with Prime Minister Jacinda Ardern, Ministry of Foreign Affairs and Trade Chief Executive and Secretary of Foreign Affairs and Trade Chris Seed, and other government officials. The Deputy Secretary will discuss the strong bilateral partnership between the United States and New Zealand and ongoing cooperation on a range of regional and global challenges.

Defence buildup in Guam will ensure swift response in the...