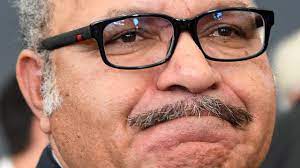 Former Papua New Guinea Prime Minister and re-elected Ialibu Pangia MP Peter O’Neill has called out for any leaders who genuinely want to lead the country to put their hands up because he is willing to give his 100 percent support to them.

O’Neill said in a statement that the country at this time need a Papua New Guinean who has a vision for the country and who can pull the nation together and take it forward from the economic and social chaos under the current government.

He said the National General Election has magnified the level of violence, hatred, and unfairness in the society and it is time for a leader to step forward who can bring peace and execute on clear policies.

“There is a very worrying “fake Government” and deep hatred that has crept into politics under the Marape leadership that is tearing at the cohesion that has kept our country peaceful,” O’Neill said.

O’Neill said he is prepared to support alternative Prime Minister candidates as his Peoples National Congress (PNC) party is prepared to do whatever it takes to rescue PNG.

He pointed out the unprecedented election fraud and lack of regard for democracy as well as the failing economy and high level of violence in the society as failures under the leadership of Prime Minister James Marape.

O’Neill’s PNC Party have 11 declared MPs elect so far with one more soon to be declared in Milne Bay Regional seat.

“Genuine leaders do not want another five years like the last three.”

The former Prime Minister said that the position of Prime Minister should not just be about him or Marape and therefore offers his party’s numbers the numbers of its partners and his support to provide the platform to support a dynamic leader from any party to step up.

He said this is a genuine call and expects nothing in return as he is happy to spend his time to focus on Ialibu Pangia and his home Province of Southern Highlands.