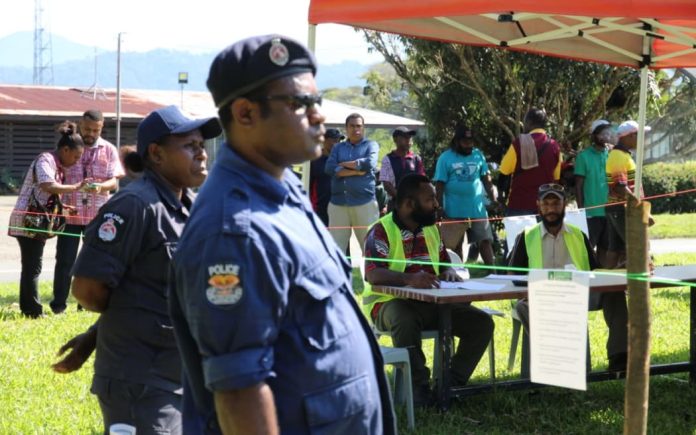 Re-elected Papua New Guinea MP Tim Masiu says much of the blame for the country’s election fiasco can be directed at the Electoral Commission.

The Governor-General Sir Bob Dadae has accepted a recommendation from the Electoral Commission to delay the return of writs in the country’s general election.

Masiu, who was Communications Minister in the former government, said there were no disruptions in his South Bougainville seat.

He said the violence and disruption around the rest of Papua New Guinea will be a major focus of the new government.

Masiu accuses the Commission of sitting around in the five years between elections when it should have been doing things like updating the electoral roll.

“The Government gives them a lot of money. We pay everything to the Electoral Commission.

“We paid for the resources that they needed but they are ill-prepared I guess.

“And maybe there’s not enough qualified people to run the election, so it takes a whole lot to do a post-mortem on what happened and I am sure the government will come up with a few changes.”

Masiu also called for more scrutiny of candidates lining up to contest elections and an increase in the nomination fee.

He said the general election will be a major focus of the new government and he wants to see higher quality candidates.

“First of all, candidates who are standing for election in all the electorates they should be screened properly.

PM Bainimarama back in Fiji

Are Australia and New Zealand Compromising on Democratic Ideals in the...