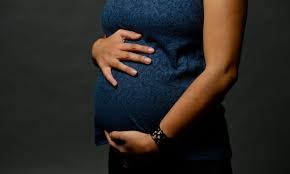 Since Ulamila gave birth to her baby earlier this year, she and her partner – both Fijians living and working in regional New South Wales – have been anxious about how much healthcare will cost if their son gets sick.

Because she gave birth during her first 12 months working under the Pacific Australia Labour Mobility (Palm) scheme, Ulamila’s health insurance didn’t cover the cost of the birth, or the first 60 days of her baby’s life.

She and her partner – both abattoir workers – are paying off a $2,930(US$2,029) bill after their baby stayed two nights in the hospital with breathing difficulties. They’ve been told the bill for the birth will be sent later and that it could be more than $6,000(US$1,456).

“I didn’t know that one day would cost that much,” Ulamila says. “If he gets sick and goes to the hospital it will cost more money, so I am looking after him very carefully.”

In the past two years, the number of women who’ve become pregnant while working under the Palm scheme has increased due to workers staying longer in Australia and international border closures, according to the Department of Employment and Workplace Relations.

With varying levels of support from employers and state governments, a number of charities and Pasifika diaspora groups have stepped in.

They argue there’s been a lack of guidance and support, as more Pacific Islanders come to Australia to work on a scheme that is expanding into sectors beyond agricultural and blue-collar work.

‘Hounding her to pay’

“There are employers who have absorbed huge costs to cover these pregnancies,” says Mark Zirnsak, a senior social justice advocate for the Uniting Church.

“And on the flip side, there have been, we suspect, some employers who’ve dumped the workers and sort of left them to their own devices.”

A labour-hire firm Guardian Australia spoke to – Madec – has supported six employees who have given birth while in Australia, covering healthcare and accommodation costs.

But Emma Vueti, president of the Pacific Islands Council in Queensland, says some employers have threatened women they could have their visas cancelled if they become pregnant, despite that being in breach of their rights.

According to Vueti, the council supported one woman who left her employer after she found out she was pregnant, and is now repaying thousands of dollars for the cost of giving birth.

“She knew how expensive it was and so she took herself out [of the hospital] the day after having the baby, which is a risk,” says Vueti.

“The hospital, which is a state-run hospital, was hounding her to pay. She did manage to pay because she had family who helped her with the cost.”

In Tasmania, Susan Neighbourhood, a refugee support social worker at Launceston hospital, successfully lobbied the Tasmanian government to waive antenatal and birthing costs on a case-by-case basis, after a number of women working in farms locally became pregnant.

“There were pregnant women who were quite advanced in their pregnancy and had not had any antenatal care,” she says.

A spokesperson for the Department of Employment and Workplace Relations says the department and the Pacific Labour Facility – which supports the administration of Palm – worked with approved employers to engage local healthcare facilities and health insurers to assist workers to gain access to care.

In 2021, a guide was developed outlining employers’ responsibilities if a worker became pregnant, including suggestions to seek waivers from hospitals or insurers, and the requirement to provide welfare support, and monitor repatriation options if the worker consents to returning home. The resources are currently being updated and will form part of a Palm scheme pregnancy guidance note, according to the department.

But Kerry McCarthy, who employs workers under the scheme on her vegetable farm in Queensland, says a number of women did not have their costs waived and are repaying exorbitant hospital fees.

Mark Fitzgibbon, CEO of nib group – a preferred health insurer for the workers – says his company has not waived the 12-month waiting period for Palm workers who have become pregnant.

“We aren’t for anyone, otherwise people would take advantage of that,” he says. “It’s a hard and fast rule right across the industry you have to serve the waiting period.”

Given many Pacific Islander women were stranded while international borders were closed, McCarthy believes they should have been given temporary access to Medicare.

“We’re here three years later, and there’s been no lessons learned. There’s been no policies made, and still no Australian government support for these women,” she says.

According to Tukini Tavui, CEO of the Pacific Islands Council of South Australia, a number of women have hidden their pregnancies out of fear of losing work and stigma.

Both he and Vueti say a number of women who have sought their help have chosen to have abortions.

“They can’t see themselves stopping work because they need to send money back home. That’s the pressure that these women are going through,” Vueti says.

“[Abortion is] not a done thing in the Pacific … seldom do you hear that people terminate, because of the Christian values in the Pacific … I fear some of the women might then feel a lot of guilt.”

A number of employers Guardian Australia spoke to said the challenge was particularly heightened due to international border closures, and will ease now that most Pacific borders have reopened and women can return home to give birth.

But Vueti argues this is not the right answer, saying there should be more thought put into structures to support women who choose to give birth in Australia, particularly as the scheme has extended visas up to four years.

“I think that narrative of sending women home is the easy way out, it’s like ‘we don’t want your problem, you can come to work, but as soon as you get yourself into a situation like being pregnant you should go home’,” she says. “I think that is very discriminatory.”

When the borders reopened with Fiji, Ulamila received multiple calls from the Pacific Labour Facility advising her to go home to have her baby, where healthcare is free.

Yet even with the cost of giving birth in Australia, she felt remaining was a better option because she could earn money. She also feared the stigma of returning home pregnant.

“If you come back pregnant that’s not good, I know they will talk. I was feeling scared and I was feeling embarrassed, so I was just praying like ‘please can I just give birth here’.”

Ulamila returned to work three months after giving birth, and her baby now lives with Ulamila’s aunt. She and her partner travel the 12-hour return drive most weekends to visit.

According to Zirnsak, some labour-hire companies have an alternative approach.

“We do hear threats from some employers who say, ‘Well, if we’re gonna have to deal with pregnancies all on our own and no one else is going to support us, then we’ll just go back to just employing all-male workforce as a way to avoid problems’, which is not the right outcome,” he says.

Moving beyond the rhetoric of gender equality