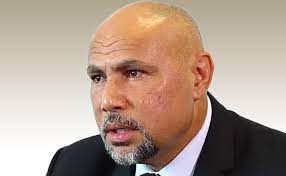 Papua New Guinea Special Parliamentary Committee on Gender-Based Violence (GBV) will table a report for the August session of parliament which will include concrete, practical recommendations for action aimed at reducing levels of GBV across the country and improving responses for GBV survivors.

Chairman Charles Abel said that there has been a lot of public support following the hearings on 24-25 May where the public was able to hear directly from their government leaders about not only what is being done – but also what is not being done – to help GBV survivors.

“We were disappointed that the national GBV response remains so weak.

More funding is needed to empower organisations like the police, health service and the courts to do their jobs.

The National GBV Secretariat must also be urgently established, staffed and resourced to co-ordinate the GBV response across the country.

“Following the committee hearings, members of the public were invited to make written submissions to the committee.

Submissions closed on 30 June, about 34 submissions had been received from individuals and organisations from across the country covering a range of issues referenced in the committee’s terms of reference,” he said.

Abel said that after the initial report is tabled in August, the committee plans to hold a second set of public hearings before the November budget session.

“I am particularly keen to use those hearings to explore issues related to sorcery accusation-related violence (SARV), which I am worried is becoming more and more common.

The National Research Institute has just released an important report providing valuable evidence on the significant role of glasman/meri in sorcery-related violence.

NRI, in collaboration with Divine Word University and the Australian National University, also held a conference on SARV last month which was a very important forum for understanding this issue better and identifying better ways to response.

“I have already had a discussion with the Police Commissioner this month, to follow up on the SARV cases our committee keeps hearing about.

“I would like the government to allocate specific funds to support the SARV National Action Plan endorsed in 2015.

“We also need to come to grips with why our communities still accept SARV as normal behaviour.

I hope by our next hearings, officials can tell us about their concrete response to address this growing problem and come up with solutions that actually stop these vicious cycles of violence,” he said.

We don’t want Suva to be burnt like before: Fiji Defence Minister