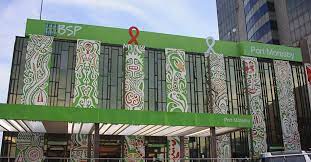 The Bank of Papua New Guinea has issued Bank South Pacific Financial Group (BSP) with a formal warning under section 100 of Anti money laundering/counter terrorist financing act of 2015 of what is believes is contrary conduct.

In issuing the formal warning Monday, the Bank of PNG is also calling for BSP to remove certain executive management staff and to appoint an external auditor.

In highlighting eight issues which Bank of PNG says contravened the Act, the regulator says BSP has failed to identify legitimate sources or reasons for several million Kina in payments by one customer to another customer who is a politically-exposed person.

The Financial Analysis and Supervision Unit (FASU) within the Bank of Papua New Guinea issued the statement in relation to the regulatory actions it is taking against the BSP Financial Group Limited (referred to as BSP). FASU is Papua New Guinea (PNG)’s Financial Intelligence Unit (FIU) and Anti-Money Laundering and Counter-Terrorist Financing (AML/CTF) regulator.

On 23 October 2019, FASU conducted an onsite inspection of BSP. This inspection tested BSP’s level of compliance with various sections of the Anti-Money Laundering and Counter Terrorist Financing Act 2015 (AML/CTF Act) and its own AML/CTF programme, and BSP’s effectiveness in implementing its procedures, policies and/or controls to complying with its Enhanced Customer Due Diligence (ECDD) obligations particularly when dealing with high-risk customers. It did so by examining the customer files pertaining to eight (8) ‘high-risk’ BSP customers.

In addition to an offsite desktop review inspection in January 2019, this was the second onsite inspection of BSP by FASU. On this occasion, the inspection was intelligence-led and targeted at specific areas where FASU’s intelligence-holdings indicated apparent noncompliance with the AML/CTF Act.

Also as indicated by BSP’s Market announcement, this matter has been unresolved for an extended period and this has, in part, been due to the impact of COVID 19 on the operations of FASU.

On 17 June 2020, BSP was issued a ‘show cause’ notice requiring it to explain why FASU should not impose enforcement actions. After granting two consecutive extensions of time to respond, FASU received BSP’s response to that notice on 6 April 2021.

“FASU has done all it can to ensure BSP has been afforded natural justice in this very serious matter during these difficult times. FASU has granted BSP additional time to respond on two consecutive occasions and, while FASU would have preferred this matter be resolved earlier, it is appreciated that procedural-fairness and due-process require that BSP was/is given sufficient time to review and consider the findings fully and obtain legal advice,” stated BPNG.

In its Final Determination of BSP’s full response in April 2021 to FASU’s Targeted Onsite Inspection Report, the following are the three regulatory actions that FASU is taking against BSP.

At 3.15pm on 12 July 2021, FASU issued BSP a formal warning under Section 100 of the AML/CTF Act 2015. The nature of BSP’s non-compliance is serious enough for FASU to have issued an Infringement Notice, however, FASU has chosen to apply a formal warning instead, making this the first occasion of regulatory action undertaken by FASU against BSP. Consistent with the application of section 100 of the Act, FASU believes that there are reasonable grounds to determine that BSP has engaged in conduct that contravened requirements of the Act.

Secondly, in conjunction with the formal warning issued under Section 100 of the Act and its basis, FASU is also seeking from BSP an enforceable undertaking that it will remove and replace certain executive management staff pursuant to Section 102 of the Act.

Thirdly, FASU is requiring BSP to engage an external auditor pursuant to section 10 of the Act. The engagement of an external auditor is deemed necessary to determine the full extent of the underlying good governance and best business practise issues that were identified during the onsite inspection. The external auditor’s examination will cover ECDD practises employed by BSP on all of the high risk and Politically Exposed Persons (PEPs) who are customers of BSP.

Those contraventions of the Act are as follows:

During the onsite inspection FASU obtained detailed and compelling evidence of these contraventions, based on BSP’s failure to:

Identify legitimate sources or reasons for several million Kina in payments by one customer to another customer who is a PEP;

These regulatory measures seek to address the systemic culture of non-compliance within BSP in the least punitive manners possible and are deemed necessary to protecting the integrity of PNC’s financial system.

BSP’s response contained a blanket denial of any offences at all, and contained no acknowledgement of the deficiencies that led to the offending. This response provided no indication or evidence that FASU had erred in its interpretation of the evidence obtained during the onsite inspection, or that there were mitigating factors that needed to be considered. The manner in which BSP has responded has also forced FASU to confront the reality that the issues identified during the Onsite Inspection are systemic.

Due to the systemic nature of the offending and BSP’s continued denial of culpability, FASU has no choice but to apply regulatory measures.

In deciding on the most appropriate form of regulatory action, FASU has considered the need to ensure that the regulatory response is proportionate to the level of offending and that natural justice and procedural fairness have been considered.

FASU is mandated to protect the interest of the people of PNG by ensuring the integrity of PNC’s financial system and FASU has developed its response in the context of the significant levels of financially-motivated crime suffered by PNC. This includes money laundering, corruption, tax evasion/avoidance, organised crime, illegal logging and wildlife trafficking.

FASU’s regulatory action has been endorsed by the National Coordinating Committee (NCC) on AML/CTF and is consistent with PNC’s National AML/CTF Strategic Plan 2017-2022 [1] deliverables.

FASU expects BSP to cooperate with the regulatory measures imposed. If BSP, or persons within BSP, continue to engage in conduct that constitutes offences against the AML/CTF Act, civil or criminal enforcement action may be taken.

Under Section 14 of the Act, individuals who intentionally engage in conduct that contravenes the AML/CTF Programme obligations under the Act may be subject to a fine of up to K500,000, (US$142,980) or imprisonment for a term not exceeding 5 years or both.

“FASU enjoys the broad support that it receives from the public including government. Pursuant to Section 94 of the AML/CFT Act, FASU is keen to receive any and all relevant intelligence on offences against the AML/CTF Act; money laundering; or, proceeds of crime, from any source, including current and former employees of any reporting entity and the general public,” it said.