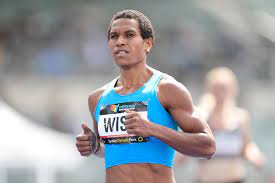 The 34-year-old sprinter clocked a winning time of 11.98 secs, finishing ahead of Isila Apkup and Leonie Beu who came home in 12.07 and 12.13 respectively.

The result underlined a strong opening day of athletics competition for Papua New Guinea who claimed five golds, four silvers and two bronzes at the Oleai Sports Complex in the Northern Mariana Islands.

Scholastica Herman was another gold medallist for Papua New Guinea as she triumphed in the women’s 800m after finishing in 2:18.26.

Estelle Gentilly of French Polynesia came second in 2:25.25, followed by Charlotte Michel of New Caledonia in 2:26.67.

It was enough to beat compatriot Siune Kagl who had to settle for silver in 33:20.44, while Simon Charley of Vanuatu bagged bronze in 34:51.53.

Men’s discus gold was also won by a Papua New Guinea athlete as Debono Paraka emerged victorious with a throw of 51.02 metres.

Paraka defeated Australia’s Jackson Mellor who came second with 38.40m, while Kaota Ribabaiti of Kiribati completed the podium with 35.19m.

Para athletics events also started with Steven Abraham of Papua New Guinea coming out on top in the men’s 100m with 11.69.

Silver went to Vaihina Doucet of French Polynesia with 13.18m and bronze was claimed by compatriot Loveleina Wong-Sang with 12.32m.

He defeated two Papua New Guinea athletes in Peniel Richard and Roland Hure who landed 6.96m and 6.92m respectively for the other two podium spots.

Weightlifting competition continue with golds for Stevick Patris of Palau in the men’s 81 kilogram, Manuila Raobu of Tuvalu in the men’s 73kg, Ruben Katoatau of Kiribati in the men’s 67kg, Jacinta Sumagaysay of Guam in women’s 64kg and Natalie Setiadji of Australia in the women’s 59kg.

Action is due to continue today.

Athletes encouraged to participate in VOA programme this week