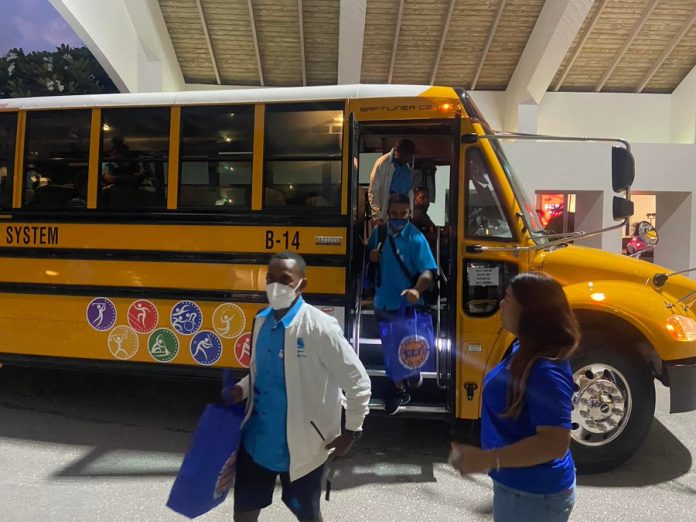 The athletes of six of the 20 countries and territories that will compete in the 2022 Pacific Mini Games 2022 arrived on island Saturday and Sunday.

The first team to arrive Saturday was Palau whose delegation consisted of 80 individuals. They have already been to the venues and are training at the newly renovated Tan Ko Palacios baseball field, Northern Marianas Pacific Mini Games CEO Ben Babauta said.

“Games on so I would like to remind everyone to be the ‘host of the most.’ Greet them as you see them. You’ll see them on the street, restaurants and the sporting venues. Greet them! They came a long way and now that they’re here, it’s our job to host them. We are inviting the community to come out and watch the games and get everyone excited!”

The Pacific Mini Games, which the CNMI will host for the first time, will start on 17 June, Friday, and end on 25 June Saturday.