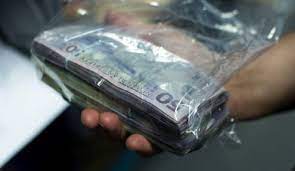 A judicial review of the Reserve Bank and New Zealand Finance Minister Grant Robertson’s actions around money laundering laws has failed, leaving money remitters carting bags of cash around in an attempt to keep the low-cost money transfer practice alive.

Pacific money remittance companies have found themselves deprived of bank accounts thanks to how banks have interpreted their anti-money laundering act responsibilities.

Authorities in the United States and Europe have made directives to protect remitters against the reach of anti-money laundering legislation, seeing them as a crucial funding lifeline for developing countries.

However, such carve-outs have not been made in New Zealand.

In April, the remitters took a case against the Reserve Bank and Finance Minister Grant Robertson in an attempt to get them to direct New Zealand banks to grant them bank accounts.

In a decision on Wednesday, the High Court found the Reserve Bank’s power to issue directions to banks required a threat to the efficiency or stability of the financial system, or a fear that banks were not being cautious enough.

Justice David Gendall said neither of these criteria were met in the case of money remitters being denied bank accounts.

“I accept that failure to provide services to an industry class is not sufficiently serious to warrant the use of the direction power and that such a failure on the part of the banks does not amount to imprudently carrying on its business.”

In a letter in May 2020, Robertson advised money remitters that they needed an audit report, or an AML-CFT supervisor’s report in order to be granted bank accounts.

The remitters argued they did not need this and alleged Robertson made an error of law in coming to this conclusion, but Justice Gendall said in issuing the letter Robertson did not exercise any legal power that could be judicially reviewed.

Justice Gendall accepted that the Reserve Bank could have raised the issue of “blanket de-risking” with the co-ordination committee, a committee setup to ensure consistency in AML-CFT supervision, but said there was nothing in law that required it to.

“I also accept that the Reserve Bank has undertaken significant projects in other respects to address the issue of blanket de-risking itself, notably the [Pacific Remittance Project].”

Remittance companies are a lifeline to the Pacific contributing significant sums to the economies of countries like Samoa and Tonga at levels that surpass inflows of foreign aid.

In Tonga remittances accounted for 38% of the country’s GDP in 2020.

Remittance companies make such money transfers happen at a low cost. But without bank accounts these companies have been forced to use cash in recent years, which has made the process costlier and unsafe.

The money remitters are reporting entities, so have to comply with AML-CFT regulations independently.

But when they make irregular deposits and transfers into their bank accounts to support money transfers between New Zealand and the Pacific these transactions are identified as AML-CFT risks by the banks.

One remittance company owner, who would not be named, said he was afraid and “always on the lookout”, because not having a bank account meant he has to collect money by hand then walk around parts of Auckland with thousands of dollars in his backpack.

KlickEx Pacific chief executive Robert Bell said at one point his firm consulted the Royal New Zealand Navy on piracy risks and almost bought two decommissioned warships so they could physically transfer money safely across the ocean, all necessary because his firm had been “debanked”, although this decision was later reversed.

In 2019 the Reserve Bank launched its Pacific Remittance Project in order to keep banking services in the Pacific alive.

The bank warned “the tide is going out on international banking services for Pacific Island nations, which could make trade, investment and sending money home more difficult and expensive”, a fate it pinned on AML-CFT requirements worldwide.

Between 2011 and 2019 the decline in cross-border banking relationships into Polynesia and Melanesia was double the decline seen elsewhere in the world.

PNG Independent Commission Against Corruption should be in operation by 2023