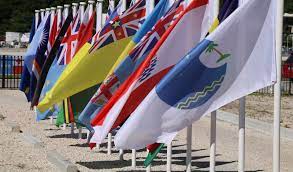 The 02 June virtual meeting, chaired by Faiyaz Siddiq Koya, Fiji Minister for Commerce, Trade, Tourism and Transport, considered key issues for Pacific WTO Members, including a Pacific Ministerial Group Statement for the MC12. Ministers considered and agreed on their priorities and positions for the Ministerial Conference.

The Chair of the PACP WTO Members, the Honourable Faiyaz Siddiq Koya reiterated the importance of the Fisheries Subsidies Agreement in addressing, “the development interests of the Pacific Members through an effective special and differential treatment in line with the SDG 14.6 mandate”. It is crucial, he stated, to “therefore take account of the interests of Pacific members now and into the future, by preserving access fees which are important revenue sources for many of our members; providing flexibility for small scale and artisanal fishing for livelihood security; and in securing policy space to build our Pacific fishing capacity in future”.

In earlier opening remarks on behalf of the Pacific Islands Forum Secretary General, the Director for Governance and Engagement Sione Tekiteki stated, “MC12 will be one of the most important Conference sessions ever, for the WTO and for the Pacific Members. Important, because it will test whether the WTO can remain relevant and can contribute to trade solutions and problems facing the global economy, such as the ongoing COVID-19 pandemic now compounded by the food crisis that has risen caused by the ongoing war in Ukraine, and the growing challenges posed by climate change”. On the issue of the Fisheries Subsidies Agreement, a top priority for Pacific Members at the upcoming MC12, he said, “For the Pacific, it is critical that the Fisheries Agreement does not undermine the rights of coastal states and does not place onerous and disproportionate burden on small island states in the region.”

The WTO Director General Ngozi Okonjo-Iweala joined the Pacific ministerial meeting, sharing her assessment of the current state of play, particularly on fisheries subsidies and food security agenda items at the Ministerial Conference.

The Pacific Ministerial Group Statement endorsed by the meeting will be delivered by the Pacific Group Lead Spokesperson (Fiji), at the 12th Ministerial Conference in Geneva, Switzerland.