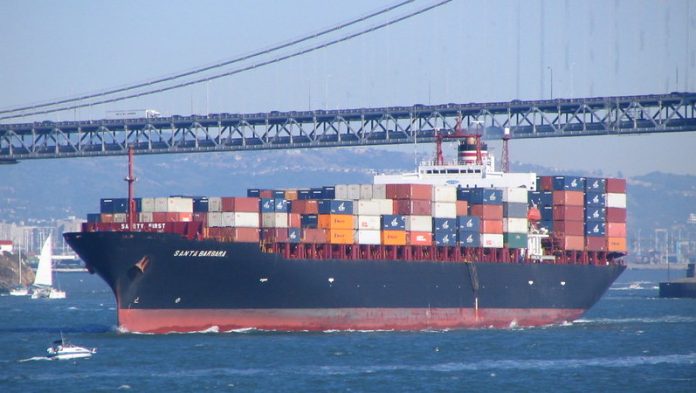 Countries have agreed on the need to put a carbon price on shipping emissions after more than a decade of resistance, which campaigners have hailed as a “major breakthrough”.

At the International Maritime Organisation (IMO) last week, countries broke a deadlock on mid-term measures to decarbonise the industry.

The meeting concluded that there was consensus to price shipping emissions “as part of a basket of mid-term measures,” according to a summary by the University Maritime Advisory Services (UMAS), which is partnered with University College London’s (UCL) Energy Institute. There was general support for adopting a “well-to-wake” approach and pricing emissions from fuel production to consumption onboard a ship, UMAS said.

“[Pricing shipping emissions] is not a new concept to the IMO, but previous attempts to progress it have failed. It is therefore a huge step forward that there is now consensus on this,” said Tristan Smith, director of UMAS.

Market-based, decarbonisation measures on the table include technical ones, like introducing a fuel standard, as well as economical ones, like setting a global carbon tax for the industry. They will be discussed at a meeting of the IMO’s environment committee (MEPC) next month.

“Pricing needs to be complemented with a mandatory measure like a fuel standard, but there is now a much improved potential for strong IMO incentivisation of shipping’s decarbonisation,” Smith said.

Responsible for nearly three percent of global emissions, ships emit around one billion tonnes of CO2 every year. Without further action, shipping emissions are projected to reach 90-130 percent of their 2008 levels by 2050.

Major emerging economies have heavily resisted carbon tax proposals in the past. A proposal put forward by Pacific Island nations for a carbon price of US$100 per tonne on bunker fuels previously got tepid support from EU nations and the US.

But at the working group meeting last week, all EU countries and the US spoke in favour of carbon pricing, with the UK, New Zealand and the Bahamas backing the measure for the first time.

“There can finally be no doubt we will put a carbon price on shipping,” Aoife O’Leary, a long-time IMO observer and head of Opportunity Green, a non-profit focusing on international climate issues, told Climate Home News.

The price must be high enough to transition to zero-emission fuels quickly, as well as offering a mechanism to support developing countries, O’Leary said. Countries must move to next month’s MEPC with “ambition, equity and urgency,” she said.

“The IMO meeting last week is a major breakthrough,” said Diane Gilpin, CEO of the Smart Green Shipping Alliance, which develops tech solutions to help the industry decarbonise. “Obviously there’s a lot more detail to agree but in our experience ship owners are moving to the shadow of the whip.”

The Marshall Islands and Solomon Islands have proposed a carbon price of US$100 a tonne on bunker fuels, while the world’s biggest container shipping company Maersk has called for a US$150/t levy to encourage the industry to switch to greener fuels.

But the shipping industry’s trade association has previously supported a levy of just US$2 a tonne of fuel to fund research and development of clean shipping technology. That translates to a carbon price of US$0.64/t.

Progress at the IMO came as the European Parliament approved its Fit For 55 package, which includes incorporating shipping in the bloc’s emissions trading scheme (ETS).

This means that all ships transporting goods to and from EU, regardless of the flag they fly, will be taxed on their emissions. As of 2024, ships will have to buy carbon allowances to cover all emissions during voyages in the EU and half of those generated by international voyages that start or finish at an EU port. Three quarters of the revenues generated from the auctioning of allowances will be put into an Ocean Fund to support the industry’s decarbonisation efforts.

“We need ambitious action at every level if we are to meet the goals of the Paris Agreement,” said O’Leary.

“The IMO has only given provisional agreement to a carbon price, which hopefully will move ambitiously forward but it is definitely not at the stage where it could be said that it will achieve a reduction in shipping emissions in line with 1.5C on its own,” she said.