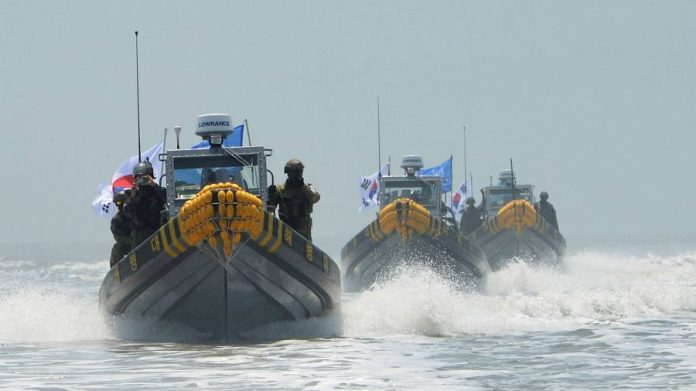 The U.S, Japan, Australia and India will on Tuesday unveil a maritime initiative aimed at curbing illegal fishing in the Indo-Pacific, a U.S official said, in the latest effort by the “Quad” to counter Chinese activity in the region.

President Joe Biden and the other Quad leaders — Japanese prime minister Fumio Kishida, Indian prime minister Narendra Modi and newly elected Australian prime minister Anthony Albanese — will announce the initiative at a summit in Tokyo, according to the official, who alleged that China was responsible for 95 per cent of the illegal fishing in the Indo-Pacific.

The initiative will use satellite technology to connect existing surveillance centres in Singapore, India and the Pacific to create a tracking system for illegal fishing from the Indian Ocean and south-east Asia to the South Pacific, according to the official.

The system will allow the US and its partners to monitor illegal fishing even when fishing boats have turned off the transponders that are typically used to track maritime vessels.

“We’re going to provide a global capacity that will link the systems together to be able to track illegal shipping for the first time,” said the official.

“China has become the world’s largest perpetrator of illegal fishing,” said Charles Edel, Australia chair at CSIS, a think-tank. “They have drastically depleted global fish stocks and undermined traditional livelihoods of many countries, so any steps taken to track, identify and curb such activity would have environmental and security benefits for the region.”

The U.S sees the initiative as a part of a broader strategy to reduce the growing reliance on China by a number of small Pacific island nations.

“We’re just asking people in the region to remember that the US and our partners and allies have been the partner of choice on security and peace implementation since the end of World World Two,” said a US state department official, who added that Washington was “deepening our relationships with the region” to counter China.

He said the U.S would help on everything from education for girls to science and English-language education. It would also find ways to help them protect their marine resources and democratic institutions.

“America has tools, and collectively others do too, that can help them meet what it is they want,” the official said. “What most of them want is not a military base with the People’s Republic of China.”

The other official said the U.S was crafting a multi-faceted strategy that would range from more engagement to providing help on climate change, which is an existential threat for some Pacific Island nations.

The official added that the US was also talking to Fiji about drawing it “more closely into the emerging economic architecture that the US is designing”. Biden will on Monday launch an “Indo-Pacific Economic Framework” to enhance economic engagement with countries in Asia.

The new maritime initiative comes as the U.S and its allies worry that Beijing is negotiating a security pact with Kiribati, a nation of 33 islands than span roughly 3,000km along the divide between the North and South Pacific, as reported by Financial Times reported on Friday.

The U.S was alarmed this year when China signed a security pact with the Solomon Islands. Some experts think it could pave the way for China to build a naval base and project power further into the Pacific.

Gregory Poling, head of the Asia Maritime Transparency Initiative at CSIS, said Chinese military access to Kiritimati (Christmas Island) or other islands in eastern Kiribati would be much more serious than the Solomons.

“Not only are they relatively close to Hawaii, but under the Treaty of Tarawa the US agreed to give up its claims to those islands on the condition that Kiribati wouldn’t allow any third party basing on them without consulting the U.S,” Poling said.

Speaking about China’s efforts to draw Pacific Island countries closer, the first U.S official said they marked a much more ambitious strategy that required Washington to significantly “step up our game”.

“China has done a lot of stuff in the Pacific that is sort of old wine in new bottles. I do not believe that’s what we’re dealing with,” he said.

“This is a step change in their ambition. And it is a direct challenge that we in the West, as countries that have long standing interests in the Pacific, have to address.” .

Heads of Customs in Oceania region meet for annual conference