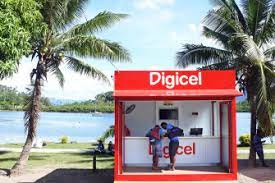 An Irish telco has demanded the Australian government directly intervene in a tax dispute it has with the Papua New Guinea government over a $130 million (US$90 million) payment in a last ditch effort to sell its Pacific assets to Telstra.

Digicel, which was to sell its Pacific network to Telstra with the help of the Australian government in a $2.1 billion (US$1.4 billion) deal, recently lodged a legal claim in the Supreme Court of PNG over the $130 million (US$90 million) super tax bill.

The claim will argue that the legislation the government is relying on to tax the company is unconstitutional as it was designed purely to target Digicel.

Sources familiar with the matter, who spoke anonymously, said Digicel was escalating the matter to the International Arbitration Centre in Singapore in addition to filing documents in court.

But more central to Digicel’s strategy is a direct appeal to the Morrison government to intervene in the dispute. The company wants the Australian government to make representations to the PNG government.

If that doesn’t work, the company wants the Australian government to pay the tax bill itself.

Government and industry sources said the company’s representatives have been urging the Australian government, including the office of Foreign Minister Marise Payne, to step in for weeks. But the government is reticent to intervene, believing it has already done enough to support the potential sale to Telstra.

Sources closed to Digicel said the company had asked for intervention from the government to stop what it described as a “punitive tax”, but refuted suggestions it had asked for the tax bill to be paid. They said the focus was on withdrawal of the legislation.

For its part, Telstra does not expect to be liable to pay the tax bill if the sale goes ahead.

Telstra announced plans to buy the telecommunications assets in the Pacific from Irish billionaire Dennis O’Brien last July with the help of more than $1.5 billion (US$1 billion) of Australian taxpayer money. It came amid fears that the assets could have been sold to a Chinese Telco such as China Mobile.

But the deal was thrown into doubt after the PNG government in March lobbed the sudden “exit tax” on Digicel. The company was given one week to pay the tax by March 31 and is now liable for millions of dollars in fines for failing to meet the deadline.

Michael Shoebridge, director of the defence and national security programme at the Australian Strategic Policy Institute, said the idea that the deal could be derailed by a retrospective tax was “disturbing”.

“If the deal falls over, far more predatory actors – including Chinese-based actors – would be delighted to take advantage,” Shoebridge said.

“We can already see the adverse security consequences for the region from opportunistic Chinese presence and engagement in the case of the Solomon Islands-Beijing security pact. So, it’s not fanciful to imagine a Chinese predatory approach should the transaction fall over.”

Shoebridge said Telstra was a “capable and sustainable security provider” and would protect PNG from the increased threat of cyberattacks and intrusion.

“The Telstra takeover of Digicel is strategically important initiative. It needs to happen because this is a critical and foundational communications technology for PNG,” he said.

Digicel, Telstra and the Department of Foreign Affairs and Trade were contacted for comment.