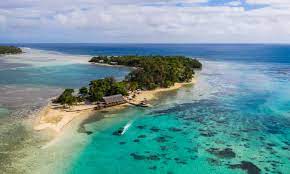 Vanuatu’s push for the international court of justice to protect vulnerable nations from climate change has received the backing of 1,500 civil society organisations from more than 130 countries, as it heads toward a crucial vote at the UN General Assembly later this year.

In 2021 Vanuatu announced its intention to seek an advisory opinion by the international court of justice on the rights of present and future generations to be protected from climate change.

If it succeeds, the ICJ’s advisory opinion – although non-binding – carries legal weight and moral authority which experts say could help shape international law. The opinion could also influence domestic and regional courts and tribunals when addressing issues relating to climate change.

Vanuatu is trying to build support for its motion ahead of the UN General Assembly later this year, at which it needs to secure at least 97 votes, in order for the matter to be referred to the ICJ.

An independent observer of Vanuatu’s campaign said the alliance could put pressure on other nations to support Vanuatu’s initiative.

“It throws the weight of these CSOs behind the initiative, which will put pressure on other states to support the initiative. There have been similar proposals before, which have been driven by other Pacific countries, like Palau in 2011, which have been derailed by pressure from rich countries, such as the United States,” said Fleur Ramsay, a Pacific islander lawyer specialising in climate and environmental law with the Environmental Defenders Office.

Vanuatu has engaged a Pacific law firm, Blue Ocean Law, to represent them in their campaign for the advisory opinion and has retained external counsel to assist with the development of the legal strategy, including lawyers from the UK, the U.S, France, Canada, Greece, India, Switzerland and Fiji.

Joseph Sikulu, Pacific Director of 350.org said the alliance was an extension of the important advocacy Pacific island nations have been doing on climate change for many years.

“The Pacific has already shown that governments and civil society can work together to achieve impactful change; the 1.5-degree benchmark being ingrained into the Paris Agreement is a testament to that. Through this alliance we hope to continue to weave together advocacy at all levels to build momentum behind the Vanuatu Government’s push for this Advisory Opinion.”

Vanuatu is one of the countries most affected by the climate crisis, with a combination of climate risks that include sea level and temperature rises, as well as extreme weather events including cyclones, storm surges, landslides, flooding and droughts.

It is also among Pacific nations at the forefront of the climate fight. Vanuatu has been a vocal proponent in limiting temperature rise from global warming to 1.5C. The Pacific nation launched an online data modelling tool to perceive and prepare for potential impacts of rising tides and storm surges. It is also experimenting with crossbreed crop varieties to identify climate resilient crops including taro. Vanuatu ratified the Paris Agreement in 2016 and is one of 43 nations on the Climate Vulnerable Forum.

In his speech to the United Nations General Assembly in September 2021, Vanuatu prime minister Bob Loughman said: “The dire consequences of climate change can no longer be ignored, and the science linking climate change to past and present emissions of greenhouse gases is now beyond question. Climate change is driving sea level rise, desertification, disease redistribution, floods, unprecedented ‘heat domes’, cyclones, hurricanes, and other extreme weather events.”