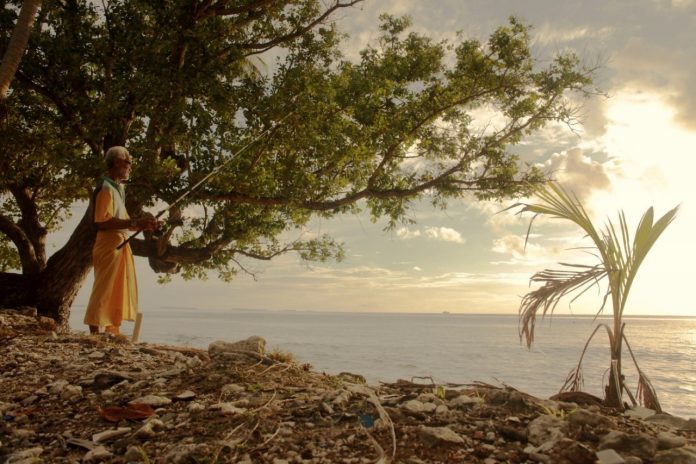 Home to some 11,000 inhabitants, Tuvalu consists of three islands and six low-lying atolls scattered across the middle of the Pacific Ocean. With a total land area of only about 26 square kilometers, it is the fourth-smallest country in the world. The nation’s highest point above sea level is around four meters, while on average it is less than two meters above sea level.

During thousands of years, Tuvaluans have developed many strategies to cope with climate threats. Today, however, the country is faced with unprecedented existential security-related risks created by human-induced climate change. According to IPCC 1.5°C Special Report for Policy Makers, rising sea levels and more frequent and intense climate-related disasters threaten to sink the nation in 30 to 50 years, forcing Tuvaluans to leave their home country.

In May 2019, during his visit to the South Pacific, the UN Secretary-General Antonio Guterres recognised Tuvalu as “the extreme front line of the global climate emergency” and emphasised that “climate change cannot be stopped in Tuvalu only — it has to be stopped in the rest of the world”. “Saving Tuvalu is a global mission for us all. It’s a global duty. We need urgent climate action to stop Tuvalu from sinking and the world from sinking with it.”

To address the Secretary-General’s call for more ambitious and urgent climate actions, the joint UN Development Programme (UNDP) – International Organisation for Migration (IOM) Climate Security in the Pacific Project was launched in September 2020. The initiative is the concrete response to address climate-related security challenges in the Pacific through an inclusive and bottom-up process to identify and assess risks and design tailored intervention. Funded by the UN Secretary-General’s Peacebuilding Fund (PBF), the project focuses on empowering low-lying atoll nations, in particular Tuvalu, the Republic of the Marshall Islands and the Republic of Kiribati, by strengthening the understanding of climate related security risks, implementation and coordination of tailored risk management strategies for the most urgent climate-related security risks in partnership with regional partners and the national authorities of the three countries. 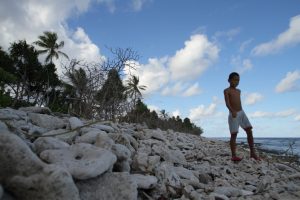 In Tuvalu, the project is conducting informative workshops with the aim of creating a better understanding of climate-related security risks at the national and sub-national level and including them in the identification of priorities under a climate security approach. Participants were able to discuss their expectations and practical solutions to climate-change challenges.

But why inclusive consultations matter in Tuvalu?

The inclusion of vulnerable groups such as women, disabled people, and youth is a core component of the project. In fact, only an active participatory process that involves all stakeholders will allow the project to design and implement effective resilience-building initiatives at community level, ensuring an inclusive approach to building resilience.

Sokotia Kulene, Acting Director Gender Affairs Department stated, “To implement effective climate security responses, we need to work together with our communities and value the role played by women. They must be recognised as they are: the foundation of our climate security first responders.” According to Kulene, as women are more vulnerable than men to the adverse impacts of climate change, it is imperative to engage them in the climate security dialogue so that their perspectives are considered into relevant climate change adaptation and planning.

The Acting Director of the Disaster Management Department, Luka Selu highlighted that community support and engagement is key to the effective implementation of any climate-related initiatives. “Encouraging community and national consultations around the topic of climate security ensures a better understanding of community vulnerabilities and the formulation of concrete risk management measures to address climate-related security issues.”

Litiana Talake, Acting Director of Climate Change said, “We cannot come up with practical adaptation and risk management measures if we fail to consult local communities and understand their vulnerabilities and needs. It is extremely important to include particularly the most vulnerable groups such as women, children, the elderly, and people with disability in climate security dialogue to obtain reliable and accurate information from the grassroot level.”

Melton Tauetia, General Manager of Fusi Alofa (a local NGO for Persons with Disabilities in Tuvalu), recognised that migration is a key aspect of climate security. “People with disability in Tuvalu have faced discrimination as they cannot satisfy immigration standard health requirement due to their physical disability. It is key to include people with disability and I am thrilled that Climate Security in the Pacific Project recognises the importance of including them in the process.”

UNDP and IOM will continue to work on strengthening Tuvalu’s capacity to tackle climate security challenges, increasing the resilience of its people and ensuring that no one is left behind.

2°C not an option for the Pacific, decarbonisation a must!