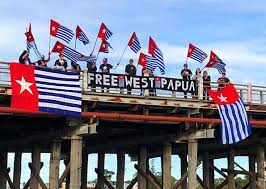 I want to thank all the Pacific Elders for their recent statement supporting a visit to West Papua by the UN High Commissioner for Human Rights, and urging the UN Human Rights Council to pass a motion on West Papua. These Elders have reminded the world’s leaders that this visit must take place before the meeting of the G20 in Bali this November.

I also the welcome the recent statement by the foreign minister of New Zealand adding her voice to the calls for the UN visit. This move gives us confidence that our neighbour is seriously pushing for UN access; we hope other leaders in the region will continue to build on their 2019 call at the Pacific Islands Forum. Adding the EU’s statement, over 100 states have now called for Indonesia to stop blocking the High Commissioner.

Despite this international pressure, Indonesia is unilaterally revoking the scholarships of hundreds of West Papuan students across the world. Indonesia is more concerned with grabbing our resources, tearing down our forests and working with international corporations like Freeport, than with my people’s education and future. Indonesia often justifies its colonisation of our land by talking of West Papua’s alleged lack of ‘human resources’ – but now they are abandoning our best students, destroying their bright future. You cannot speak of development while revoking student scholarships.

New Zealand has led the way by granting West Papuan students new visas. The British, U.S, Australian and EU governments, have a moral obligation to follow this example and help these students, whose futures are being used as a political football by the Indonesian state. You are invested in our land, taking away our gold as our people suffer. You must use your educational systems to help these students in need.

The EU continues to invest in our country, an illegally occupied country. You must deal with the ULMWP Provisional Government, not the genocidal occupier. Up to 100,000 West Papuans have been displaced since December 2018, and UN human rights experts have recently confirmed ‘child killings, disappearances [and] torture’ under Indonesian rule. If you invest in this, you are investing in a genocide.

These displacements are the product of Indonesian military operations to protect their economic interests like the Wabu gold block – even Amnesty Indonesia has confirmed that a leading military man, Luhut Binsar Pandjaitan, Maritime Affairs Minister, is personally invested in Wabu. The new attempt to split West Papua into more provinces is part of a military strategy to divide and conquer.

It is time for Indonesia to allow the High Commissioner to witness these abuses with her own eyes. The Provisional Government and the people of West Papua are ready to welcome her into our territory. Then we will see whose claims are correct: the Indonesian government, who argue there are no human rights abuses, or us, who insist that genocidal human rights abuses continue daily.

As I have stated consistently since 2019, I am ready to sit down with the President of Indonesia to find a lasting, peaceful, internationally-mediated solution that is good for the people of Indonesia and good for the people of West Papua. This is not an internal, national issue. It never has been – big powers like the UK, US and Australia sold us to Indonesia in the 1960s. They must now help right this historical wrong and uphold our fundamental right to self-determination through a referendum on independence.

Human rights in the Pacific – milestones, challenges and the way...