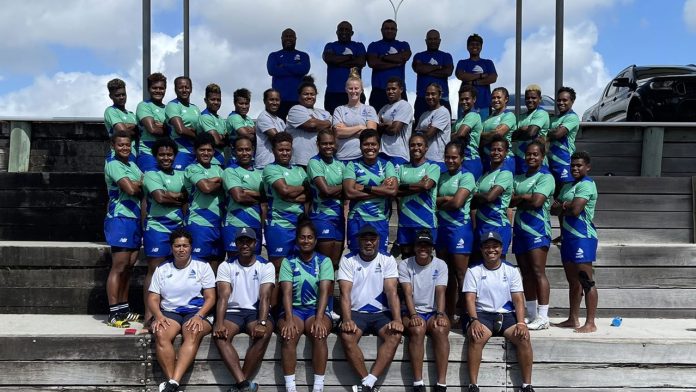 Fijiana Drua Head Coach Senirusi Seruvakula will want to finish on a high note in the Super W competition next week.

Seruvakula’s players were put to the test in last week’s clash against Brumbies and impressed the Head Coach by outclassing the Canberra-based side 17-7.

Seruvakula has a tough job ahead of them when he selects his final team.

He says players that will be chosen have rightfully earned their spot.

“Some of them stood out and I want them to test them at this environment and this Stadium so that they can earn some game time before I can name a final squad for the final.”

The Fijiana Drua will await the Super W final next Sunday against either Queensland Reds or Waratahs.

Meanwhile, the Fijian Drua management is looking at bringing in at least three more overseas-based players to be part of next year’s Super Rugby Pacific team.

Drua acting Chief Executive, Brian Thorburn says the majority of the players in the current squad have performed beyond expectation, so there won’t be many changes to the team.

“In selected cases, there were some guys we were not happy with, but the vast majority we have already done two-year contract with or we got options to extend. In some cases, there are some guys overseas who are keen to come home, which we think will bolster particular positions so we are talking to them.

The Fiji Drua is on a bye this week and will play the Blues on 23 April.