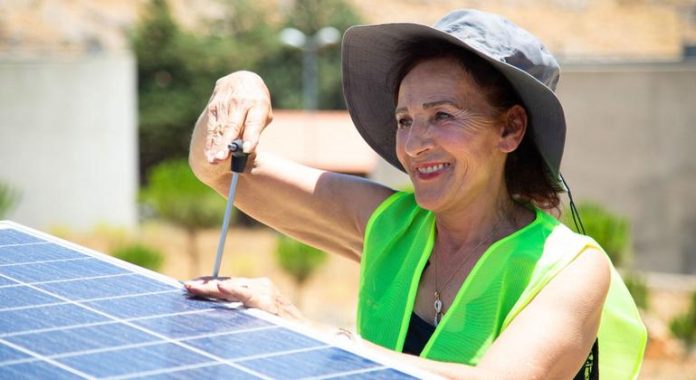 Guterres’s comments came as he unveiled a plan to develop stronger standards for “net-zero” pledges by partners below the national government level, in the fight against climate change.

“Despite growing pledges of climate action, global emissions are at an all-time high,” Guterres warned. And they continue to rise, he said, adding that “the latest science shows that climate disruption is causing havoc in every region already.

The key objective is to stop global temperatures from rising 1.5 degrees Celsius above pre-industrial levels – as the international community agreed in Paris in 2015.

But the UN chief warned that the world was losing the race to reduce global temperature rise.

Governments had the biggest responsibility to achieve net-zero emissions by mid-century – “especially the G20” industrialised nations he said – before calling on “every business, investor, city, state and region to walk the talk on their net-zero promises”.

The IPCC (Intergovernmental Panel on Climate Change) has demonstrated that nearly half of humanity is already in the danger zone”, he said. “If we don’t see significant and sustained emissions reductions this decade, the window of opportunity to keep 1.5 alive will be closed – and closed forever.

“And that will be disaster for everyone.”

He praised the commitment being made at Thursday’s meeting to create a new brains’ trust to make the commitments on net zero, a reality, in the form of a new High-Level Expert Group.

At COP26, last year, the Secretary-General flagged the need for “more credible and robust standards and criteria for measuring, analysing and reporting on the net-zero pledges by non-State entities.

“Today we take a step towards meeting that need and ensuring the highest standards of environmental integrity and transparency. To avert a climate catastrophe, we need bold pledges but matched by concrete, measurable action.”

He stressed that net-zero standards at every level of activity, and strengthened accountability around implementing those goals, would deliver real and immediate emissions cuts.

The Expert Group will make recommendations before the end of the year addressing four areas, he told the launch:

*Credibility criteria used to assess the objectives, measurement and reporting of net-zero pledges.

*Processes for verifying progress towards net-zero commitments and decarbonisation plans.

*And, a roadmap to translate standards and criteria into international and national regulations.

He noted that the Group of experts was gender-balanced and geographically diverse, “with deep experience across government, business, the global financial system, civil society and academia.”

They will be working in a personal capacity, “and I expect them to consult widely, extensively and transparently to hear the perspectives and views of all stakeholders”, the UN chief concluded.