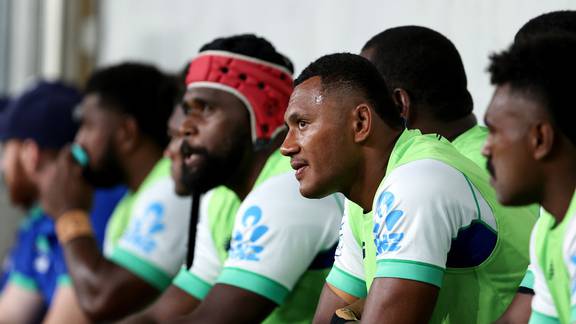 The Fijian Drua have had two setbacks ahead of Friday’s Super Rugby Pacific match against the Waratahs, with flooding forcing them to evacuate their Australian training base and then head coach Mick Byrne testing positive for Covid-19.

The Drua had to shift this week from Lennox Head in northern New South Wales state to the Gold Coast for the seventh and eighth rounds of the tournament.

Drua chief executive Brian Thorburn issued a statement confirming Byrne – a former skills coach for the All Blacks – had tested positive for the coronavirus.

“Mick is clearly gutted not to be with the team but remains in good spirits as he completes his recovery and self-isolation period,” Thorburn said, according to the Australian Associated Press. “He continues to call the shots, of course, and the players are in the very capable hands of our coaching and management staff.”

Thorburn said having to relocate the entire squad and management because of the flooding “is just a minor bump in the road compared to everything else we’ve faced in our inaugural season.”

“Of course, our situation pales in comparison to those folks in Northern New South Wales and the Northern Rivers region, as they brace themselves for yet more adversity,” he said. “Our thoughts are with them.”

The Drua lost 40-10 to the Waratahs in Sydney in their Super Rugby Pacific debut.