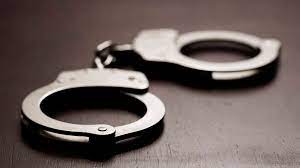 A New Zealand economist who has done widespread work around the Pacific has been arrested in the Federated States of Micronesia (FSM) for child trafficking offences.

According to Kaselehlie Press, Rob Solomon was arrested on 15 March and faces two charges of Human Trafficking and three of Trafficking in Children.

Prosecutors allege he lured a minor to his house or apartment and engaged in sexual activities for money.

One of the charges relate to the alleged removal or confinement of the victim.

When Solomon was arrested he was out of jail on bail for similar but unrelated charges that had been filed by Pohnpei State in December.

He goes to trial for those two cases on 12 April.

According to Kaselehlie Press, shortly before his 15 March arrest he had been taken in by police but was released after a different alleged victim decided not to testify.

Solomon has done contract work around the Pacific for the New Zealand Government through its aid programmes, the World Bank, Asian Development Bank and AusAid.