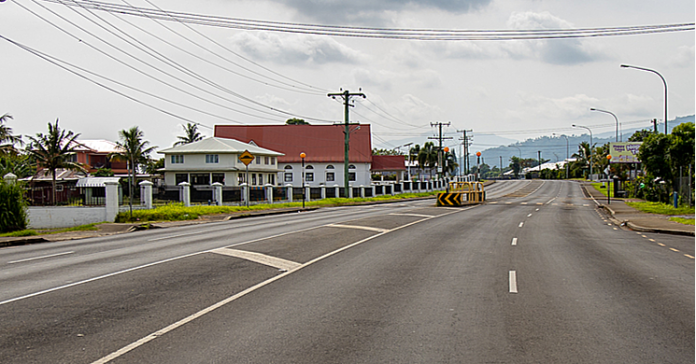 Samoa’s total number of active COVID-19 cases has increased to 196 with the government confirming 192 cases in Upolu and four cases in Savai’i.

The Ministry of Health (MOH) confirmed that a total of 2,207 tests were carried out since 18 March 2022 in six designated COVID-19 screening sites, in addition to tests conducted at health facilities.

Out of the 181 active community cases reported, 62 positive cases were confirmed from the six screening sites with 119 cases confirmed in health facilities.

The Red Cross Headquarters at Tuanaimato screening site has so far recorded the highest percentage of positive cases at 47 per cent of total COVID-19 positive cases confirmed, according to the Press Secretariat.

The MOH has also identified 428 close contacts who are currently under investigation.

A summary of the statistics provided by the Press Secretariat is that there are 192 active cases in Upolu and fourin Savai’i with both Manono-Tai and Apolima-Tai still recording zero cases since the first community case was recorded last Thursday.

According to the Press Secretariat update, there are currently no COVID-19 positive cases in the national hospital’s intensive care unit.

The number of community cases are expected to increase following the detection of the country’s first community case last Thursday. The authorities are yet to ascertain where the individual picked up the infection from, as she has been a resident in Apia and did not travel abroad after her arrival in Samoa.

On Saturday the MOH uploaded an instructional video onto its official Facebook page to show families how they can safely manage home isolation for a family member who tested positive for COVID-19 in their own homes.

The publishing of the instructional video confirmed Samoa’s health apparatus is beginning to feel the impact of the rise in COVID-19 cases and now sees home isolation as an alternative to managed isolation in hospitals.

Lalomanu district hospital’s first community case, which was recorded on Saturday when a man went in and got tested to return positive results, is now in isolation at home with his family which include children. Staff at the district hospital told the Samoa Observer that he got sick and began to show symptoms of COVID-19 after his return to the village from Apia the previous weekend.

Samoa and several neighbouring Pacific island nations were among the last places on earth to remain COVID-free.

But the more transmissible Omicron variant has changed the equation, and one by one the island nations have been succumbing to the virus.

Since the start of the year, Kiribati, Tonga, the Solomon Islands, the Cook Islands and American Samoa have all experienced their first big outbreaks.

John Fala, who runs a logistics company in Samoa, said it was inevitable that Samoa would eventually get the virus, a reality brought home for many when COVID began spreading in nearby American Samoa.

“We’ve had two years to prepare,” Fala said. “Now it’s finally here. Of course, there is going to be a bit of scrambling.”

From midnight on Saturday, all schools were closed, public gatherings were banned, and all stores and other services were shut down, except those considered essential. From midnight on Friday, people were required to wear masks and use vaccination cards.

There were reports Friday of panic-buying ahead of the lockdown.

Fala, who is vaccinated, said his company is considered an essential service and he’s frantically trying to navigate the new rules to keep it operating.

The lockdown is initially scheduled to last through midnight on Tuesday although Fala expects it will be extended.

The father of three young children, Fala said his biggest concern is that unvaccinated children will catch the virus. He said the nation of 200,000 had good rates of inoculation among adults but had only just begun vaccinating children aged 5 to 11 in the past week or so.

About 65 percent of all Samoans have had at least two doses of a coronavirus vaccine, according to Our World in Data.

Samoa’s Prime Minister Fiame Naomi Mata’afa told people about the positive case in a special announcement to the nation late Thursday. She said the infected woman was in isolation and that her movements and contacts with people were being traced.

Mata’afa said officials wanted to do all they could to contain it from spreading rapidly.

“Although our country continues to traverse through these difficult times, let us continue to trust in the Lord,” Mata’afa said in her announcement.

Samoa has had previous virus scares and lockdowns after returning plane passengers tested positive while isolating, but had managed to avoid any community outbreaks until now.

Micronesia, the Marshall Islands and Nauru are among the few remaining Pacific island nations to have avoided Omicron outbreaks.

Travel restricted from Fiji to NZ