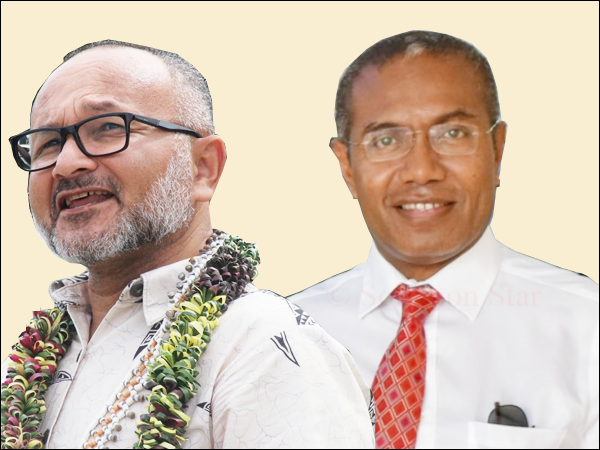 Opposition Leader, Mathew Wale and MP for East Are’Are, Peter Kenilorea Junior (Jnr) are aware that government convened meetings, and also with the recent Chamber of Commerce statement issued, majority did not support the idea.

The Opposition Leader said they had made it very clear before that the country adopts a constitutional parliamentary democratic system.

He explained it is the people who consent them leaders to come and represent the people in Parliament.

“That is the consent and so those who are governing cannot come after the election and do things on their own, or things they never ask permission or consent to do at the election,” Wale explained.

He added to extend the life of Parliament is self serving. He said the Opposition viewed this as a very serious breach of trust to the people.

“It looks like they have lost trust with the majority of the people in this country. We want to highlight that unfortunately government seems intent on pursuing this goal of theirs for extending the life of this house to five years.

“And the government do not like to carry out a wide, broad consultation with the public on this matter is a greater concern to them,” Wale said.

“And for the Prime Minister and Cabinet to think that granting themselves an extra year is an excuse to make things happen is imprudent,” Wale said.

The Opposition Leader said the country’s system of government is constitutional parliamentary democracy, representative democracy, government by consent in which people consent leaders to represent them.

He explained in any democracy, election cycles should never be mixed with government policy.

“Election cycles are separate. In any healthy democracy, regular, free and fair elections are very important. We should never go down that road,” he said.

The East Are’Are MP likened the government’s intention as playing a soccer match and pleading with the referee for more additional time on top of the normal game time.

Kenilorea said consultations must be nationwide and this agenda should not be bulldozed for self-interests.