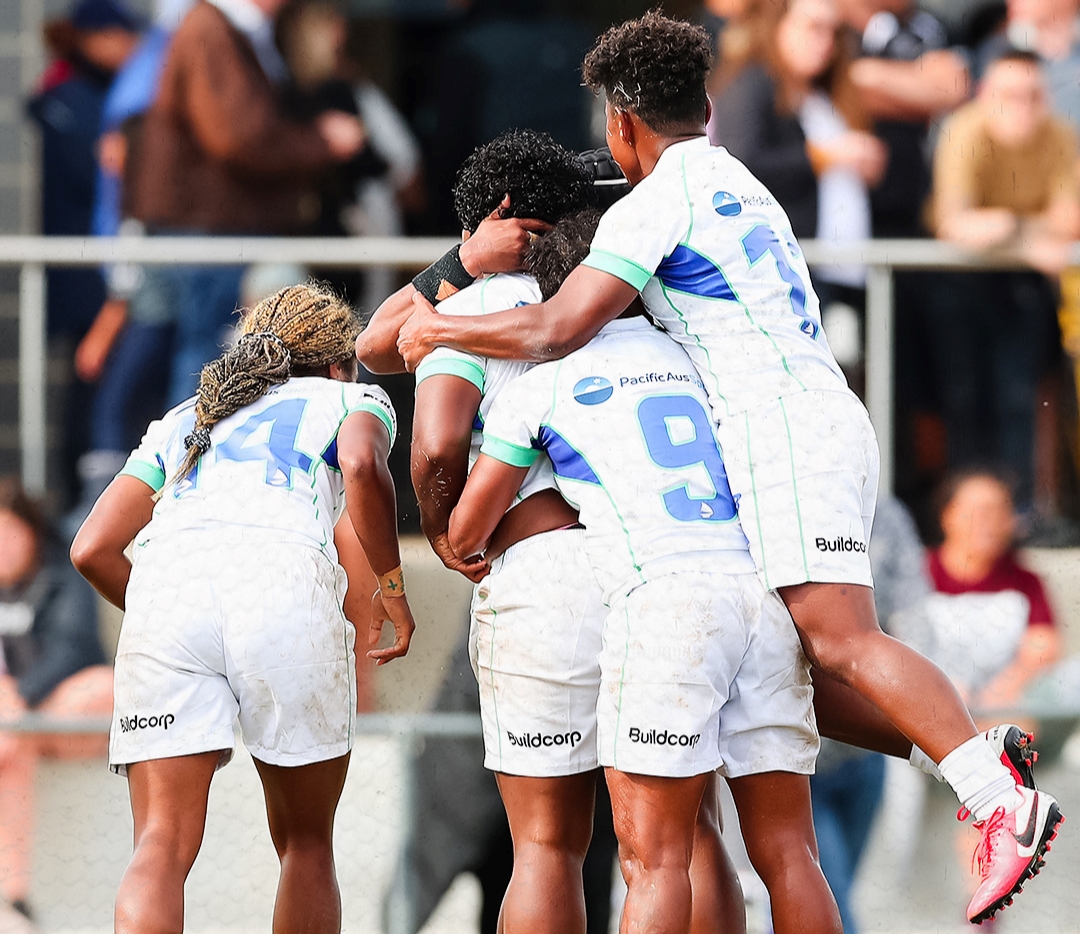 Fijiana Drua have taken to Super W in scintillating fashion, destroying the Melbourne Rebels 66-5 in their competition debut.

The new side have relocated from Fiji to the Gold Coast to be part of the six-team league, with the country’s top talent vying for spots in the national team for this year’s World Cup.

They produced a combination of brilliant skill and intimidating physicality to trounce the hosts at Endeavour Hills Rugby Club after the Brisbane floods forced the game to be shifted from Suncorp Stadium.

The front row of Vika Matarugu, Karalaini Naisewa and Jiowana Sauto had a day out, all scoring tried in the first half.

Naisewa’s was a barnstorming effort from the restart, while fullback Roela Radiniyavuni wasn’t missing out as she tapped quickly then dove over would-be tacklers to find the line.

Radiniyavuni had her second moment after the restart before Kolora Lomani scored twice inside four minutes as the floodgates opened and the No.15 secured her hat-trick.

The teams joined together for a song after the game, before Drua captain Bitila Tawake promised more of the same next week against the Queensland Reds.

“That (free-flowing style) is something that Fijian rugby is made of,” she said.

“For us it was about getting that nervous feeling out (at the start) of the game and then we were so excited.”

The Rebels never stopped tackling though and eventually found points, keeping the ball alive before Nawel Remini beat a number of tackles to score with three minutes to play.

“They played fast-paced, up-tempo footy; I thought if we could hold them up for the first 15 minutes, but they kept coming.

“But we didn’t give up, even though we were gassed.”

The Drua were only admitted into the competition last month. But their immediate dominance has sent a message around the competition before a date with the Queensland Reds next Saturday.

The victory came a day after the Fijian Drua men’s outfit notched their first Super Rugby Pacific win, toppling the Rebels in a comeback victory on the Sunshine Coast.

Fiji drawn in Pool A for Vancouver