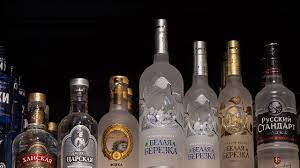 Although he’s thousands of kilometres away in the Pacific, the scenes he’s watching on television hit awfully close to home.

“I saw this mother running with her six-year-old daughter and they put her into an ambulance … and she didn’t make it. I just couldn’t take, it couldn’t take it,” he said.

Tupa’i Bruno has been to Ukraine twice and has close friends in the European country.

He’s concerned for their safety as the number of civilian deaths in Ukraine continues to rise into the hundreds.

Eager to do something, Tupa’i Bruno has started a campaign across the Pacific to boycott Russian-made products, particularly vodka.

“Please don’t buy it. If you have it, don’t drink it, discard it, don’t buy any more Russian products, at least we can do that,” he told Pacific Beat.

Around the region there are growing calls for peace between the European countries, which have been in armed conflict for more than a week.

On Sunday, Russian president Vladimir Putin put the country’s nuclear deterrent forces on ‘high alert’ which has been interpreted by some as a threat.

“For us in the Pacific, we know the experience of nuclear explosions and the impacts on people and on the environment,” Dr Griffen said.

“The coin has flipped over and suddenly, it’s basically extremely real.”

At a rare emergency meeting of the United Nations General Assembly this week, all Pacific members voted in favour of a resolution condemning Russia’s invasion in Ukraine ‘in the strongest terms’.

Last week, the Federated States of Micronesia formally severed its diplomatic ties with Russia and states including the Marshall Islands and Fiji have publicly called for peace.

“Something that’s also of concern within Washington circles is whether an escalation of tensions in Europe will cause the diversion of resources, including policy resources, away from the Indo Pacific,” she said.

“Which is including the Pacific Islands region,” said Dr Newton-Cain.