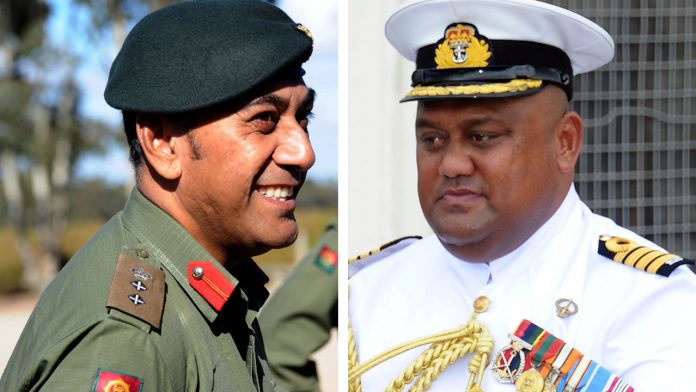 The Republic of Fiji Military Forces (RFMF) has announced two new senior appointments within the Force.

Captain [Navy] Humphrey Biu Tawake has been appointed as the deputy Commander Republic of Fiji Military Forces whilst Colonel Sapenafa Motufaga is now the new Chief of Staff (CoS) at the Headquarters RFMF. Before taking on this role, Captain Tawake headed the Republic of Fiji Navy.

He has held senior appointments within the RFMF including being the Director Peace Support Operations. Captain Tawake is a graduate of the Australian War College and has proven himself as the ideal candidate for the appointment.

Colonel Motufaga is returning from New York after having served at the Fiji Permanent Mission to the United Nations as the Military Police Advisor. Prior to his diplomatic posting, he was the Commander Land Forces.

Colonel Motufaga is a graduate of National Defence College in India.