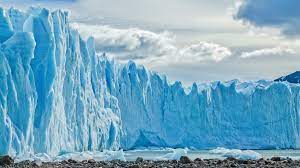 Billions of people are suffering from the effects of climate change — and the window to deal with the problem is closing, a landmark report will conclude Monday

The paper, by the UN’s Intergovernmental Panel on Climate Change (IPCC), is the most devastating official assessment so far of the effects of global warming.

Talks last night overran, with international officials and scientists working to finalise the wording as they went line by line through the 40-page report, which will be presented to governments around the world.

Extracts from a draft version said it was too late to reverse some of the effects. “Some options for climate resilient development have already been forfeited due to past societal choices,” it said, describing a “rapidly closing window of opportunity to secure a livable and sustainable future for all”.

Russia, Saudi Arabia and India repeatedly objected to the negative tone of the report. “They are delaying everything whenever they can,” a source close to the discussions said. “Russia in particular is trying to emphasise any benefit from global warming and trying to remove mention of climate impacts caused by human activities.”

Ukrainian scientists left the discussions on Thursday as the crisis in their country escalated.

The report will be the first comprehensive assessment of the effects of climate change since 2014. The “summary for policymakers” outlines the findings of a full 2,000-page version.

The draft said the effects of climate change were more severe than had been thought. “The extent and magnitude of climate change impacts are larger than estimated in previous assessments,” it said, with “4.3 billion urban people” already “increasingly adversely affected”.

Global warming has progressed by 1.1C compared with pre-industrial temperatures. If it progresses beyond 1.5C, many effects will become irreversible. “Even if global warming returns to or below 1.5C after having exceeded that level for several decades this would result in severe and often irreversible impacts.

The report sets out the different scenarios the world might see depending on the extent of warming in the coming years. “In Europe, deaths and heat stress will increase two to threefold at 3C compared to 1.5C warming.”

Nature is already seeing the effects. “Climate change has caused widespread disruption of terrestrial, freshwater and marine ecosystems in every region of the world,” the draft extract said. “Most regions have experienced local population loss of plants and animals and global extinctions have occurred.”

Professor Ed Hawkins, climate scientist at the University of Reading and a lead author of previous IPCC reports, said scientists were more certain than ever about the consequences of climate change and how extreme effects can be attributed directly to the climate.

“There’s been seven years more research done, we’ve had seven or eight years more observations, picking apart the impact of climate on different regions. There will be a lot more confidence placed in these findings.”

Professor Emily Shuckburgh of the University of Cambridge, also a previous IPCC author, said: “Climate change is one of the most predictable but also most preventable global crises.” The Ukraine crisis, she said, “reminds us just how fragile the geopolitics of the world can be and how they can suddenly change so dramatically . . . Now, more than ever, it seems that we should be looking at how we can address the predictable, avoidable risks to reduce our overall global threats.”

The report is the second in a three-part series published by the IPCC every seven years. The first part, published in August, concerned the physical science and trajectory of climate change. This report concerns the effects. The third, to be published in April, will cover strategies and costs of dealing with global warming.

Tuvalu’s ‘underwater’ COP26 speech caught everyone by surprise, even the country’s...