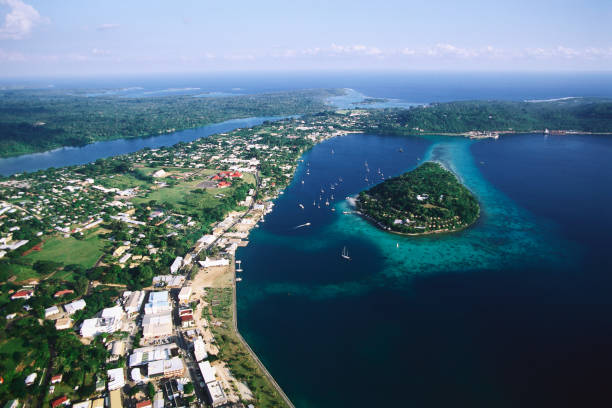 Vanuatu is now operating the COVID-19 emergency under the amended Public Health Act [CAP234], after almost two years of powering responses under the Disaster Risk Management Act No.23 of 2019 ended early this week.

Minister of Health, Silas Bule, declared a Public Health Emergency for the whole of Vanuatu, under the Public Health Act. This means that the original State of Emergency (SOE) no longer remains.

The public health emergency declaration is effective until 31 July, 2022.

Under a Public Health Emergency, the Health Minister derives his power from the Public Health Act. Decisions and directives will be issued from the Ministry of Health (MOH). Previously, decisions were issued by the National Disaster Management Office (NDMO).
Director General (DG) of the MOH, Henry Vira, is now the Chairman of the Health Emergency Advisory Committee and the Director of NDMO became Vice Chairman. The Committee comprises representatives from different sectors.

“Throughout the 677 days that NDMO had been coordinating preparedness and responses, there was no community transmission. Seven imported cases recorded were managed in quarantine,” Minister Bule said.

“The SOE was extended several times since the initial declaration in March 2020. Though there were social and economic impacts, the country managed to prevent the virus entering the border so far.

“Frontline workers handling repatriation have worked hard to protect our nation from COVID-19. However, the challenge still remains with the emerging of the new variants like Omicron in our neighboring countries.

“Experts believe that COVID-19 is here to stay. We need to change our approach from the mindset of preventing COVID from entering our border to learning how to manage and live with it.”

According to the MOH, the Omicron variant is now present in nearly countries in the world and is rapidly replacing Delta as the most important variant. The transmission of Omicron is higher than for any other unknown variant, and it is up to three times more likely to be passed on from person to person.

The COVID-19 variant spreading in Solomon Islands, as one of Vanuatu’s closest neighbours, was confirmed yesterday to be of the Delta variant. A lot of people who were reluctant to get vaccinated have made last-minute rush to vaccination sites when the community transmission was confirmed.

Asked if Vanuatu is ready for a similar event, the Acting Director of Public Health, Jenny Stephen, assured there are plans in place.

Minister Silas made the Public Health Emergency Declaration after it was published in the Official Gazette on Monday this week.

COVID ‘long way from over’ as cases and deaths surge –...