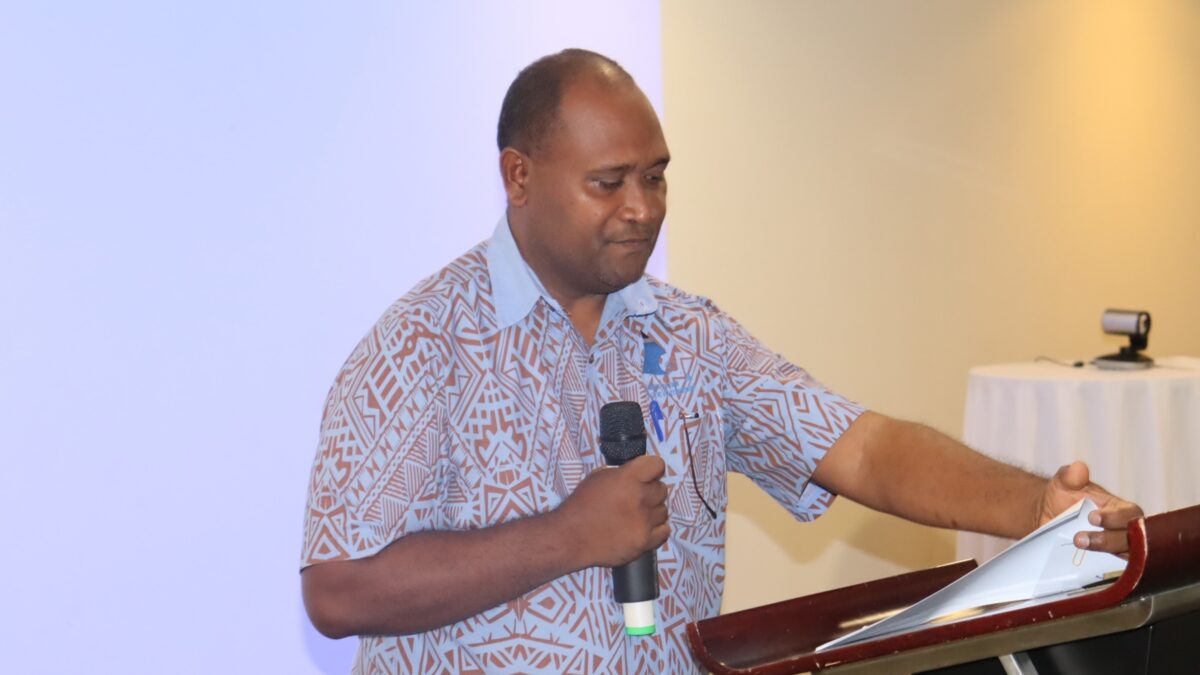 Solomon Islands Minister of Health and Medical services Dr Culwick Togamana has confirmed that the COVID-19 variant spreading in the country is the Delta variant.

The health minister confirmed the variant during his daily situation update Tuesday.

He said the Delta variant has shown to be deadly in other countries, and says it is important that those with underlying health issues get vaccinated.

The Delta variant is the dominant variant of COVID-19 worldwide. It is highly transmissible and causes more severe disease than previous variants.

Dr Culwick also said there is now also an additional 366 positive cases of COVID-19 in the country during the past 24-hour reporting period.

He said 277 are recorded in Honiara and the remaining from the provinces.

The health minister said 57 positive cases have been recorded in Auki, Malaita, 17 in the Central province, and 15 in Buala.

Wale in a statement said 1,000 kits to each province as announced by the Health Minister Monday is not enough given the fact that we are in the dark about the real extent of infections throughout the country.

The Opposition Leader also thanked the Australian Government for the AUSMAT team deployed to the country recently.

He said the national government’s request for additional capacity in epidemiology is essential.

However, he said it is surprising that the Government has waited until now to make such request.

“Epidemiology is the basis of any effective response and the government should have requested this capacity year and a half ago to help preparedness plans. No wonder there was no proper plan for community transmission,” Wale said.

The Opposition Leader adds that it was also sad to note that at least one death last night, who went to NRH, received no attention but told to return home and later died.

“Again it betrays NRH’s lack of capacity. The government must adequately resource the healthcare sector urgently especially NRH, Kiluufi, Gizo, Buala and all other health facilities in our provinces,” he said.

Wale also questioned why the government are still holding back more than $100m (US$12.3 million) for the Pacific Games when the health sector is in dire need.

“Why is the government operating on hope that donors will fund our covid response efforts? Government’s own resources cannot be tied up in PG 2023 when covid threatens lives across the country,” he said.

He said the government’s response plan is a mess, and there must be accountability for this gross negligence.

Wale also questioned why it is taking too long for the testing capacity in Malaita to be in operational.

He said the testing machine was set up 18 months ago and was left idle until just recently.

“I also call on the Malaita premier to make changes necessary to make PDOC more effective,” he said.