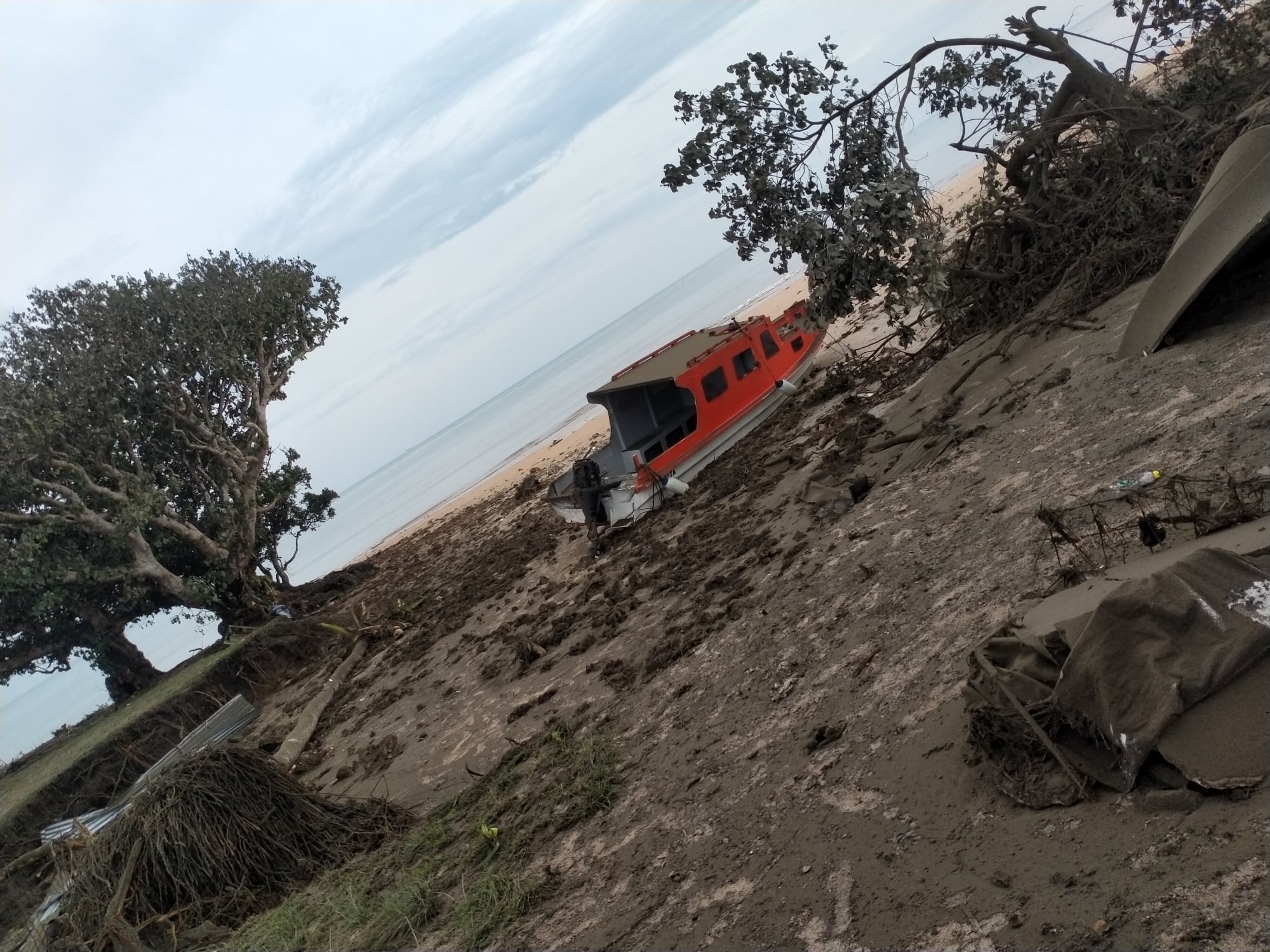 Families have stopped children playing outside as Tonga struggles to deal with ash and the psychological fallout of last week’s volcanic eruption and tsunami, aid workers and residents said.

Communication with the outside world remained difficult on Sunday, with few internet services, and outlying islands still cut off from the phone service.

The Red Cross said it was providing not only tents, food, water and toilets to 173 households on Tonga’s main island, but also comfort.

“Everyone is still struggling right now,” said Drew Havea, the vice president of Tonga Red Cross. Because of the ash, “families are making sure their kids are not playing outside, that they are all indoors,”, he said.

Although some residents from the worst affected outlying islands in Ha’apai had been evacuated to the main island Tongatapu, others were refusing to leave, Havea said.

The psychological impact of waves rushing through and destroying villages will affect their lives for some time, he said.

There was another worry shared by many in Tonga, he said.

“Every kid grew up, in your geography lesson you were taught this is the Ring of Fire where we are all living. Now I think that we are quite concerned and start thinking, ‘How active are these places?” he told Reuters.

The eruption of Hunga-Tonga-Hunga-Ha’apai volcano, which sits on the seismically active Pacific Ring of Fire, sent tsunami waves across the Pacific Ocean and was heard some 2,300 kms (1,430 miles) away in New Zealand.

The eruption was so powerful that space satellites captured not only huge clouds of ash but also an atmospheric shockwave that radiated out from the volcano at close to the speed of sound.

“I thought the world was coming to an end,” recalled John Tukuafu, owner of the Vakaloa beach resort, who had to rush to rescue his wife from the tsunami. The resort was in Kanokupolu, one of the worst hit areas on Tongatapu, and uprooted trees and debris now lie in the area where the resort stood.

“I think the whole island, we are in shock,” Mary Lyn Fonua, the managing editor of news website Matangi Tonga Online, told Reuters.

It had taken a week for many people to recover from the “pulsating, terrifying” sound of the eruption, she said.

“It was too loud to hear but I could feel it. The house was vibrating, windows were vibrating and it became more and more intense until the big bang,” she told Reuters by telephone on Sunday.

Residents were wishing for tropical rain to wash off the “awful and itchy” volcanic dust, said Fonua. Leaves on trees had turned brown and were falling off.

Fonua said she was in her seafront office talking on the phone to her son in New Zealand when the tsunami struck.

When the line went dead, he feared she had been swept away. The anxiety of many Tongan families overseas was prolonged in the days it took for limited international call capacity to be restored.

Cut off from the world, Tongans got on with immediate rescue efforts, Fonua said.

Older Tongans with a tradition of self-reliance remarked that young people had been forced to stop looking at their smart phones and had leapt into action, she said.

With power restored after a week, the Matangi Tonga website posted its first story on Saturday since the eruption and tsunami, describing the “pumice rain”, as volcanic debris fell from the sky, and waves that engulfed cars.

The international navy ships and flights arriving had brought much needed supplies and communication equipment, she said.