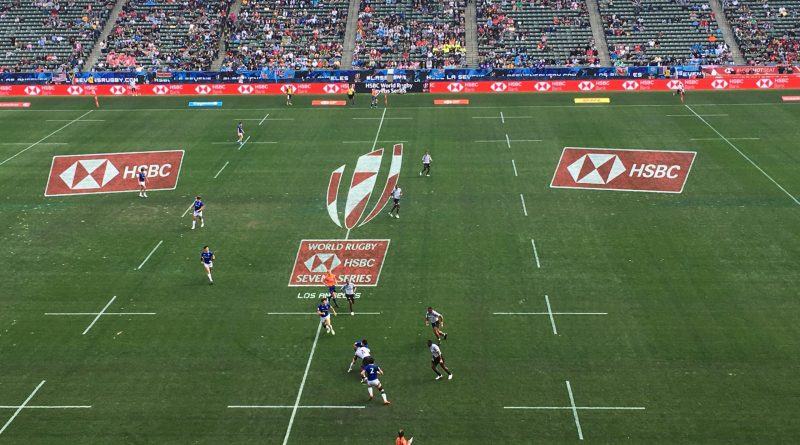 Attention turns to Spain where Malaga and Seville will host the HSBC World Rugby Sevens Series for the first time.

16 men’s and 12 women’s teams will compete over three days of non-stop action.

New Zealand’s men’s and women’s teams are unable to travel due to the COVID-19 pandemic and are replaced by Germany and Belgium, respectively.

Taking place on 21-23 January, Spain prepares to make its debut as a host nation where the Estadio Cuidad de Malaga will welcome 16 men’s and 12 women’s teams for three days of non-stop action. Malaga will become the first new host city in the women’s competition since Hamilton in New Zealand in 2020 and the 18th overall.

Play will kick-off at 09:00 local time on Friday, 21 January with a women’s Pool C encounter between Russia and Brazil before Tokyo 2020 Olympic bronze medallists France take on England.

Hosts Spain will face Dubai winners Australia, Ireland and Belgium in Pool A.

Pool B will see Tokyo 2020 Olympic bronze medallists Fiji take on Poland before both sides go on to play Canada and USA in the pool stage.

The men’s competition will commence after the first round of women’s pool play on day one with Pool D’s Kenya and Canada getting things underway. Completing the line-up in Pool D is France and Wales.

Completing the pool line-up is Kenya, Wales, France and Canada who make up Pool D.

Day two of the tournament will commence at 09:00 local time with the last of the women’s pool matches. The third and final day will kick off at 09:30 and will feature the Cup finals for both the men’s and women’s tournaments to determine the winners of the inaugural HSBC Spain Sevens in Malaga.

The 2022 Series continues as the sport looks to capitalise on a highly successful and impactful Olympic Games played in front of a huge global television audience, which generated more than 22 million video views and over 100 million social media impressions across World Rugby’s digital platforms.